Three time title defending women’s world twenty20 champion team Australia will be eyeing at fourth title in Eden Gardens on Sunday. Australia ladies won championship in 2010, 2012 and 2014. Meg Lanning & Co. will definitely be looking to beat West Indies to clinch title again. But it is not going to be easy for them as The Caribbean team has been doing great in the competition so far and defeated New Zealand in the semi-final. 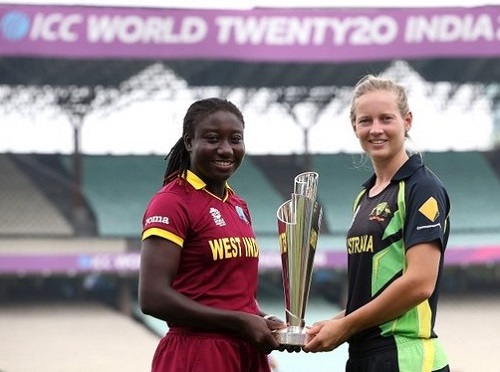 Australia women’s are coming in the final by defeating England women’s in the semi-final’s crunch game. England were looking very comfortable in that knockout match but Aussie ladies made comeback in that match and through to final. Skipper Lanning will be again crucial for Australia in the match along with Villani. On the other hand West Indies women’s are depending on captain Stafanie Taylor who scored brilliant fifty in the last match against Kiwis.

Australia women’s will be favorite to win and they have got 55 percent winning chances over West Indies women’s team in the final of world t20 2016.

Australia based viewers can tune to Fox Sports to watch live telecast of Australia vs West Indies women’s world t20 final 2016 match. To watch live streaming, you can visit www.foxtel.com.au.

The live score of West Indies women’s vs Australia women’s world t20 final 2016 can be taken from icc-cricket.com, espncricinfo.com and cricbuzz.com.