The Big Bash League (BBL) is an Australian twenty20 cricket tournament which plays between December and January every year since 2011. First season of KFC Big Bash was 2011-12 which was won by Sydney Sixers by defeating Perth Scorchers in the final. 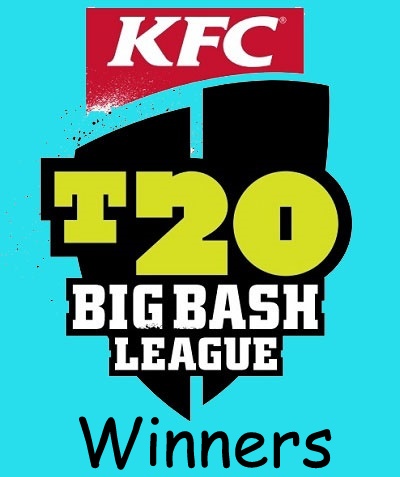 Since then 8 editions of competition have been concluded successfully. Recent Big bash season was won by Melbourne Renegades who defeated Melbourne Stars in the final match played at Melbourne Cricket Ground. Perth Scorchers is the most successful team who won BBL title thrice.

Let’s have a look at the complete list of Big Bash League winners.

What do you think which team will win upcoming Big Bash season? Share your views in the comment area.