Perth Scorchers defeated Hobart Hurricanes by 53 runs on the back of a masterclass maiden century from Mitchell Marsh, who set the game up for the visitors here on Tuesday. 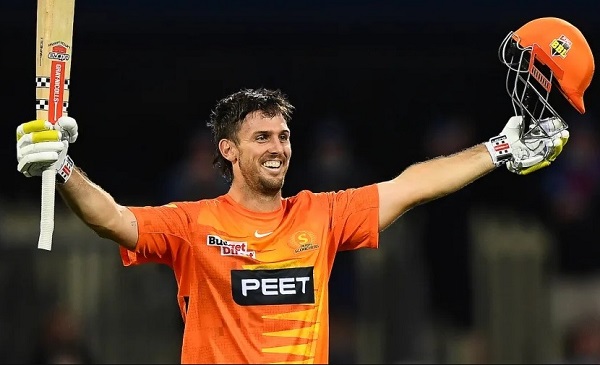 Marsh, who top-scored for Australia in their epic T20 World Cup final win over New Zealand, scored a tremendous unbeaten 100 off just 60 deliveries in the 12th game of the ongoing BBL 11. Marsh belted six fours and five sixes during his impressive knock that powered Scorchers to 182/5 in their allotted 20 overs.

Apart from Marsh, the Englishman Laurie Evans chipped in with a valuable 40 from 24 balls in a 67-run stand with Marsh for the fifth wicket. Hurricanes quick Nathan Ellis was the pick of the bowlers for his side with 2/33 from his four overs.

In reply, the Hurricanes were bundled out for a mere 129 in 19 overs, losing the contest by 53 runs. Ben McDermott, with 41 off 29, was their top scorer in the match.

For the Scorchers, England Tymal Mills picked up the maximum three wickets for 23 in four overs. Similarly, Ashton Agar (2/21) and Andrew Tye (2/31) also bagged a couple of scalps.

“We lost a few wickets early on that forced up to try and stabilize. Credit to Laurie Evans for the way he came out and batted. That let me settle, and I could play my shots towards the end overs. Looking for a small break before preparing for the upcoming games,” said Marsh after winning the ‘Player of the Match’ award.

Previous: Cricket betting in India
Next: IPL 2022: What to Expect and What You Should Know