India-Pakistan cricket rivalry is one of the most popular sports rivalries in the world. And when it comes to Twenty20 cricket, it becomes more exciting as T20 format of cricket is a short form of the game and more exciting than other formats. India and Pakistan faced each other first time in a 20-20 match in the group stage match of 2007 ICC World Twenty20 in South Africa. 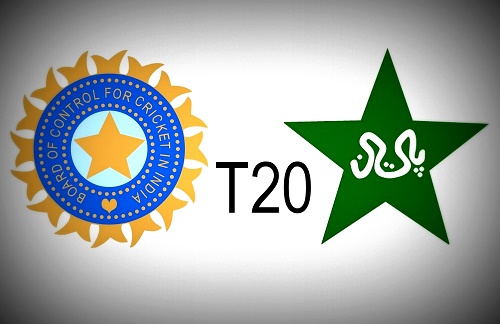 India beat Pakistan in that match in bowl-out as after completion of 20 overs from each side, the scores were on level. Winner of the match was decided in bowl-out and match was officially announced as a tie. Since then both teams have played a total of 6 T20 internationals and India dominates over Pakistan in head to head.

The last India and Pakistan match was played in the group stage game of 2016 world 20-20 on 19th March at Eden Gardens in Kolkata in which India again beat Pakistan. Let’s have a look at the history of India vs Pakistan in T20Is.

Previous: List of foreign and Pakistan coaches signed up for PSL
Next: Afridi requests PCB to include Akmal in T20 Squad