Arch rivals India and Pakistan will be up against each other in the group match of 2016 ICC World Twenty20 on 19th March. HPCA Stadium in Dharamsala will be hosting this electrifying match of championship. Both national teams will take off each other fifth time in the prestigious world T20 event. 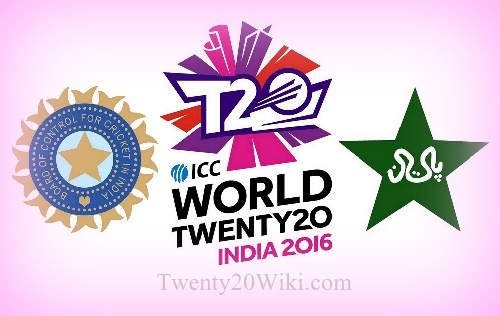 First time these two champion teams met in inaugural edition of tournament in 2007 in which India defeated Pakistan in bowl out of group game. The match ended up at draw but that time bowl out was used to determine the winner of game.

Last time India-Pakistan faced off in 2014 T20 world cup group match in Bangladesh. In that match Men in Blue claimed big win over Men in Green and registered 7 wickets victory. Both teams are placed in group-2 of super-10 stage in which other teams like Australia and New Zealand are also included.

It will be sixth edition of 20-20 cricket world cup which will be played in India between 8 March and 3 April 2016. The opening game of competition is scheduled to take place between Zimbabwe and Hong Kong in Nagpur.