Australia T20 cricket team captain Aaron Finch has said that there are several options in the consideration for the ICC World Twenty20 2016 squad. He mentioned that there are lot of players for various spots in the side are to be finalized before announcing the team for world cup in India. 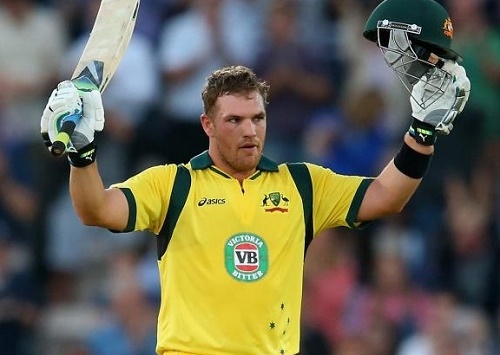 Currently all Australian cricketers are participating in the domestic T20 league KFC Big Bash which will conclude on 24 the January. According Finch, veteran spinner Brad Hogg and Test cricket specialist spinner Nathan Lyon are also in the list of players who can represent country at the sixth edition of ICC World Twenty20.

As report published on smh.com.au Finch said, “At the moment you have to consider all options. It’s going to come down to the make-up of the side and the way that we want to structure up as a team. Anyone who’s taking wickets and making runs is going to be up for selection.”

“It’s great to see guys jumping out of the pack and really putting pressure on themselves to perform well and get their name right up there. The way Nath [Lyon] has bowled in Twenty20 cricket has been unbelievable. He’s been someone who consistently takes wickets,” he added.

Australia will start their world t20 campaign against New Zealand on 18th March 2016 at Dharamsala. Team will also face former WT20 champions India and Pakistan in the group matches. Aussies have never won the championship and will be desperate to clinch the title.

Before few days back Brad Hogg mentioned in an interview with cricket.com.au that he would be available to play for Australia in T20Is and would be desperate to be a part of squad in 2016 championship. Nathan Lyon also expressed his interest towards playing in 20-20s for nation. Hence it will be a healthy competition among the players to get ticket for India.

The preliminary squad of Australia for world cup is expected to be announced in the second week of January whereas final 15-member roster has to be named before the beginning of ICC World T20 2016. Before entering in the competition, Australia will play India and South Africa in the T20Is.