The 13th edition of Asia Cup will be the first edition when tournament will be played on T20 cricket format rather than 50 overs. This is due to the fact is ICC World Twenty20 will be played just after the completion of 2016 Asia Cup. Bangladesh is chosen to host the event in February-March. 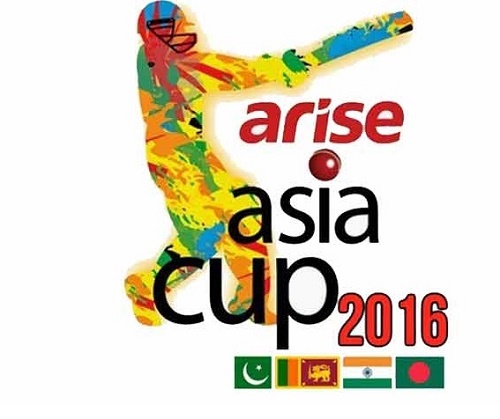 It will be third successive occasion when Bangladesh will be hosting Asia Cup. 2016 Asia Cup is scheduled to take place between 24 February and 6 March. Sri Lanka will be the defending champion in tournament.

Fifth team of Asia Cup 2016 came from 2016 Asia Cup qualifier which was played in Bangladesh from 19 to 22 February. 4 associated member teams Oman, Hong Kong, UAE and Afghanistan fought against each other to seal berth for main event but United Arab Emirates were better than other as they won all matches and confirmed their berth for Micromax Asia Cup 2016.

Fixtures of T20 Asia Cup 2016 were announced in January. Shere-Bangla Stadium will host all the matches.

Star Sports is the major television broadcaster of Asia Cup 2016 and it will telecast all matches of the tournament from 24 February to 6 March on Star Sports 1/HD and Star Sports 3/HD. To get full list of broadcasters, simply click here.