The twenty20 cricket fever is getting hyper these days as five Asian cricket teams are set to take on each other in the Micromax Asia Cup 2016 which is scheduled to be hosted in Bangladesh. This is the first time when Asia Cup will be played in t20 format. All live telecast and coverage of 2016 Asia Cup will be aired by various television broadcasting networks. 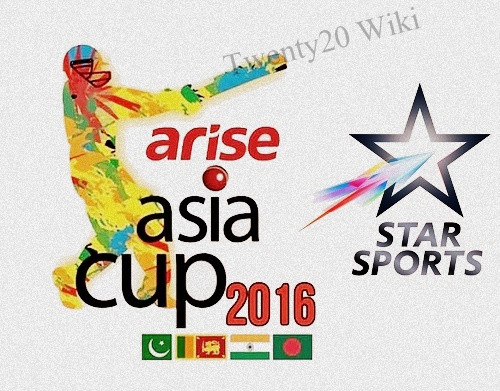 India, Pakistan, Sri Lanka and Bangladesh are the top cricketing nations in Asia whereas one associated team to make it through main event from qualifying stage. Afghanistan, Oman, United Arab Emirates and Hong Kong teams will fight to seal berth for main Aisa Cup event. Qualifying games will be held from 19 to 22 February 2016.

The tournament is scheduled to be played from 24 February to 6 March at Bangladesh’s Sher-E-Bangla Cricket Stadium in Dhaka.

India based viewers can watch the live coverage of Indian cricket team matches on DD National.

Let’s have a look at the full list of broadcasters for Asia Cup 2016.