South Africa and England cricket teams are set to make preparations for 2016 world twenty20 with a bilateral T20I series starting from 19 February. The first T20 game is scheduled to take place at Cape Town from 18:00 local time and 16:00 GMT. 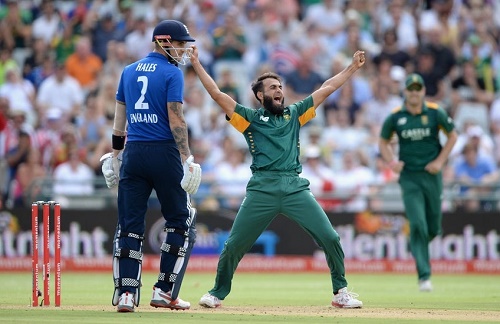 Inform Proteas team will be looking to carry on with their form before getting into action for wt20 and Australia t20 series in first week of March. It was great comeback in the ODI series from South Africa after losing first two games and then winning the series with 3-2 scoreline. Middle order batsman and 360 degree player AB De Villiers is in tremendous form along with top order team mates Hashim Amla and Quinton de Kock.

South African bowlers Kagiso Rabada, Imran Tahir and Chris Morris are also performing well in the limited over the game which is required for the team. Men in Green will be looking to win the first t20 to gain some good confidence ahead of wt20 matches.

On the other hand England cricket team will be desperate to win this match to break South Africa’s winning steak and looking to take revenge of ODI series defeat. Alex Hales and Joe Root will be again key players for visitors as both these players scored 383 and 351 runs in the One-Day series. Other batsmen need to get back in the form before team travels to India for t20 world cup 2016.

South Africa will be favorite to win the first T20I of 2016 series against England and they have got 55 percent winning chances.

United Kingdom based fans can tune to Sky Sports to catch the live telecast of 1st T20 match between England and South Africa.

India based viewers will be able to watch live telecast of match on TEN Cricket from 21:30 IST on 19th February 2016.

USA based viewers need to subscribe Willow TV to enjoy the live stream and telecast of this match.

The live score of South Africa vs England first twenty20 match can be taken from espncricinfo and cricbuzz.