The eight IPL franchises have made their personnel changes ahead of the 2021 campaign. There were some headline acquisitions including Chris Morris, who became the most expensive player in the history of the competition. 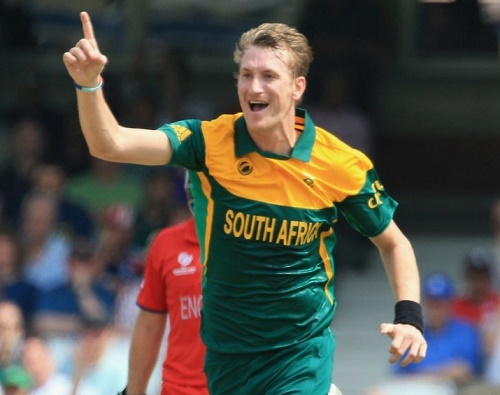 Rajasthan Royals paid 16.25 crore (roughly $2.25m) for the South African. That fee eclipsed the 16 crore paid for Yuvraj Singh by Delhi Daredevils – now known as Delhi Capitals – in 2015. It also makes the 33-year-old the highest priced overseas signing ever, breaking the record of 15.5 crore that KKR paid for Pat Cummins ahead of the 2020 campaign.

Although not confirmed, it seems likely that the IPL will return to India after moving to the UAE in 2020. The change didn’t impact Mumbai Indians who secured their fourth title in the past six years. They’ll be favourites to win once again at around 10/3 (4.33) with the best online bookmakers in India and elsewhere. With bet365 cricket betting, it’s now available on a range of markets, including outright winner, top batsman and player of the tournament, where big names will hope to make their mark.

Morris was released by Royal Challengers Bangalore prior to February’s mini-auction but proved a popular player once the bidding got underway in Chennai. As an all-rounder, he took 11 wickets in 9 games for RCB in IPL 2020. The powerful hitter rarely got a chance to shine with the bat though, with just 34 runs to his name.

While that tally isn’t outstanding, his economy rate with the ball was just 6.63 runs per over. Only Jofra Archer (6.55) posted better figures an overseas bowler last season. The pair will bowl in tandem as part of the RR’s pace attack in the upcoming campaign.

The Royals will hope Morris can be a cornerstone of their rebuild which saw the team part ways with former captain Steven Smith in the off-season. Sanju Samson will take over the captaincy going forward.

Having parted ways with Morris, RCB moved to secure the services of Glenn Maxwell for 14.25 crore. The Australian had failed to deliver for Punjab Kings last time out. Maxwell averaged just 15.42 with the bat and took three wickets in 2020. He’ll hope to rediscover the form of 2017 when he surpassed 310 runs with a strike rate in excess of 170. His bowling could be an asset on slower pitches too.

Australian pace bowlers were the order of the day in Chennai where Jhye Richardson went to the Kings for 14 crore, while Riley Meredith (8 cr), Nathan Coulter-Nile (5 cr) and Dan Christian (4.8 cr) were also sold for big money. The lack of overseas pacers was certainly evident in the fees paid for those who had declared themselves available for the auction.

New Zealand’s Kyle Jamieson was another big buy for Royal Challengers, who paid 15 crore for him. Virat Kohli’s side have consistently underwhelmed in the IPL. 2020 was the first time that RCB qualified for the play-offs in four years, but they were unable to progress to the finale. Despite being one of the original IPL franchises, the teams have never won the title. The closest they’ve come was as losing finalists in 2016, 2011 and 2009.

In total, 292 players were available in the mini-auction, with an expanded version planned for 2022, when an additional two franchises could be competing for the first time. With that in mind, the record fee paid for Chris Morris could come under threat again with more sides able to bid for players, driving higher bids and more competition for the best talent available.