Zimbabwe Cricket Board have announced a short term series with India to be played next month. Indian Cricket Team will tour to Zimbabwe to play 3 One-Day Internationals as well as same number of twenty20s. It will be 12 days tour for Men in Blue which is scheduled to take place from 11 to 22 June. 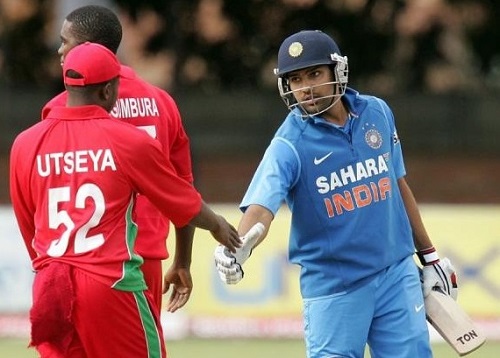 Harare Sports stadium will host all matches. Zimbabwe vs India series will begin with first ODI match on 11 June while rest two One Days to be played on 13th and 15th June. Twenty20s are scheduled to play on 18, 20 and 22 June. Earlier India’s tour of Zimbabwe was comprising of one test but both cricketing boards agreed to remove test and bring three T20 matches.

Zimbabwe Cricket Managing Director Mr. Wilfred Mukondiwa said, “After finalising all the formalities with the Board of Control for Cricket in India, we are pleased to announce the incoming tour scheduled for this June.”