India vs Sri Lanka 2017 One Off T20I: Preview, Predictions

Whitewashing Sri Lanka in test and ODI series, team India will look to register victory in the only T20 match of series on 6 September 2017 in Colombo. Virat Kohli & Co. has thrashed hosts in tests by 3-0 while win One-Day series by 5-0. Sri-Lankan team had chances in few matches to catch Men in Blue and come in the series, but home team failed to do that. 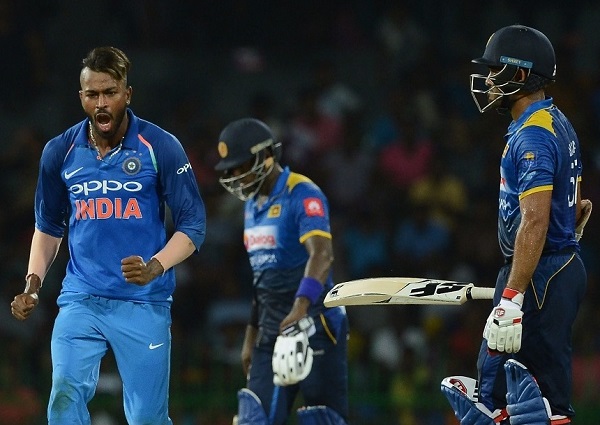 Upul Tharanga is all set to make debut as T20 skipper for national side and it’s gonna be a big challenge for him to bring Lankan unit together and win vital clash ahead of Pakistan series. T20 format is the shortest format of cricket and if Sri Lanka manages to put pressure on Indian team for a short span, it won’t be easy for inform Men in Blue to recover in this 20-over format game.

Virat, Rohit, Manish, Kedar, Hardik, Jasprit, Kuldeep and other Indian stars are in terrific form and can really demolish Sri Lanka in the only T20 game scheduled for Wednesday, 6th September. Experiment can also be done by the team management ahead of crucial Australia series in India. We may find some changes in the playing-XI.

On the other side, Sri Lanka will look to make most of this opportunity as they have been struggling a lot since Sangakkara and Jaydawardene’s retirements. However team has got some good talented players but they haven’t shown a character to win the matches. Hence youngsters have to take responsibility and win games for the side.

Indian cricket team looks favorite against Sri Lanka in the one-off twenty20 game on Wednesday at Premadasa Stadium. India has got 70 percent winning chances over Sri-Lanka.

R. Premadasa’s pitch and wicket has been favoring batsmen for quite long time and it’s a T20 match. Hence we can expect big runs on the last match of series. The predicted score for the first innings is 163 runs.