Sanju Samson led from the front with a blistering 55 as Rajasthan Royals opened their season campaign in the IPL with an emphatic 61-run win over Sunrisers Hyderabad on Tuesday. 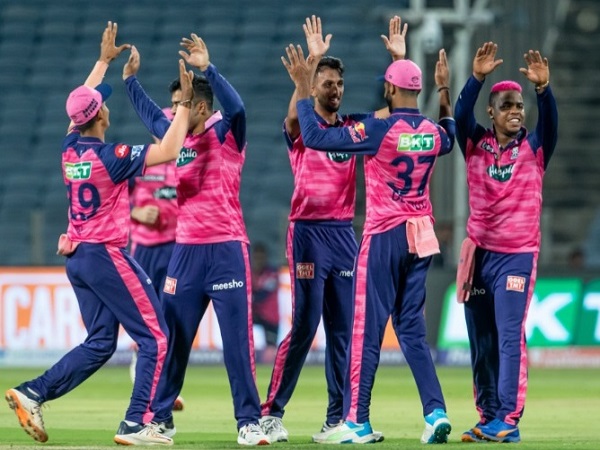 The captain, playing his 100th match for Royals who won the inaugural Indian Premier League edition under late Australian star Shane Warne in 2008, guided his team to 210 for six in Pune.

Royals’ bowlers led by Prasidh Krishna, who rattled the top-order including dismissing skipper Kane Williamson for two, restricted Hyderabad to 149-7 despite an unbeaten 57 by Aiden Markram.

“I think every season we come with great dreams, it’s a franchise that takes good care of us,” man of the match Samson said of his side that finished in the bottom two among eight teams in the last three editions.

“Our owners trust us, give us space. One game at a time.”

Samson, a wicketkeeper-batter, remained the hero after he smashed three fours and five sixes in his 27-ball blitz and put on a key stand of 73 with Devdutt Padikkal, who made 41.

West Indies left-hand batter Shimron Hetmyer hit 32 off 13 balls and recorded two sixes to take the Royals’ total past 200 after being out into bat first.

‘Raw pace’
Hyderabad’s Umran Malik clocked speeds of over 148 kmph (92 mph) and claimed two wickets including English opener Jos Buttler, who survived a few reprieves including being caught behind on a no-ball in the opening over, for 35.

“Incredibly exciting, he’s got that raw pace, hopefully he continues to evolve as a cricketer,” Williamson said of the 22-year-old express bowler from Indian-administered Kashmir.

“He’s young, got some experience last year which was really valuable and I’m sure he’ll just continue to get better.”

Williamson’s dismissal though raised eyebrows after he was ruled out, caught at first slip when the ball seemed to touch the grass before it went into the hands off a diving Devdutt Padikkal who took a rebound off Samson’s gloves.

The TV umpire ruled in the bowlers favour but Hyderabad coach Tom Moody said “we were very surprised that he was given out, particularly when we saw the replay.

“I can understand the on-field umpires taking it upstairs when that happened and we saw the evidence certainly. We are not umpires but it looked pretty clear to us what the decision was.”

The 15th edition of the IPL, the world’s most valuable cricket tournament, has expanded to 10 teams and 74 matches but league games have been restricted to just two cities — Pune and Mumbai — and crowds are limited in size due to coronavirus-related restrictions.