With the IPL mega auction done and dusted, the focus now shifts to potential captaincy candidates for the franchises who still don’t have a designated captain before the start of the 15th edition of the cash-rich league. Royal Challengers Bangalore (RCB), Kolkata Knight Riders (KKR) and Punjab Kings (PBKS) are the three teams which haven’t appointed their captains till now. 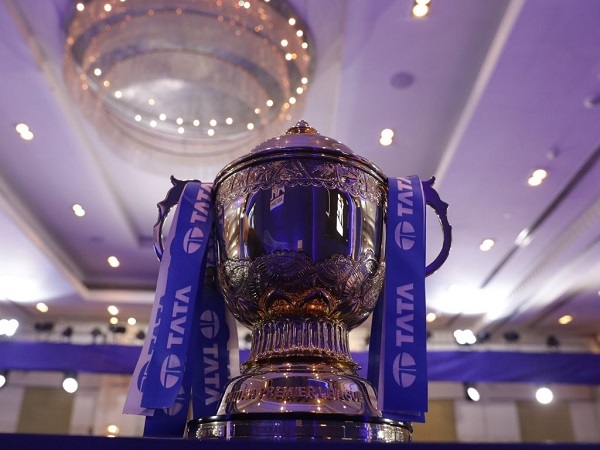 Over the years, MI (5), CSK (4), KKR (2) have won the maximum IPL tites and their captains, Rohit Sharma, MS Dhoni and Gautam Gambhir, have played a massive role in their success. All three captains have created a legacy, which is hard for others to replicate or even come closer to it.

Unlike Test or ODI cricket which gives ample time to rectify mistakes, T20I cricket is played at a lightning pace and dynamics change on every ball. So the role of a captain — the decision maker on the field — becomes even more important in a high-pressure tournament like IPL.

With franchises taking their sweet time to make a formal announcement about their skippers, IANS takes a look at a few captaincy candidates of RCB, KKR and PBKS.

The Bengaluru-based franchise have Faf du Plessis and Glenn Maxwell as the possible candidates who can succeed Virat Kohli as the RCB skipper for IPL 2022. Notably, Kohli, who led RCB from 2013 to 2021, stepped down as captain after the end of the last season. RCB retained Kohli for Rs 15 crore but they did not announce their captain ahead of the mega auction.

— Faf du Plessis: The South African batter was bought for Rs 7 crore by RCB in the mega auction in Bengaluru. They fended off a bidding war with Chennai Super Kings to buy du Plessis from the list of 10 marquee players.

Du Plessis, who played for CSK till last season, has been one of the most consistent players in the IPL so far. He was in superb form for CSK during their victorious run in the IPL 2021 campaign, scoring 633 runs in 16 matches.

The experienced campaigner has also led South Africa very well during his tenure so he already knows most things about leading a side.

— Glenn Maxwell: The star batter was part of RCB’s IPL 2021 run, amassing 513 runs at 42.75 along with six half-centuries. He was RCB’s highest run-getter in last year’s edition. Thus, the Aussie all-rounder was one of the three retentions from the franchise.

Maxwell, who has the experience of leading Melbourne Stars in the Big Bash League, is also a certainty in the playing XI so he is definitely a captaincy choice. However, the Aussie star is all set to marry his Indian-origin finance Vini Raman in late March and is likely to miss the start of the IPL 2022. So it could be a hindrance in appointing Maxwell as RCB skipper.

— Dinesh Karthik: RCB also have an option in Karthik, who has also led Kolkata Knight Riders (KKR) in the IPL before. The wicketkeeper-batter has also captained Tamil Nadu in domestic cricket and is often seen guiding young cricketers from his state. However, it will be interesting to see whether Karthik is keen to lead an IPL side at this point of his career or he wants to play without any captaincy burden.

So among the three, Faf du Plessis seems to be the front-runner to become the next RCB captain and many cricket experts/pandits also feel the same.

The Kolkata-based franchise have Shreyas Iyer, Pat Cummins and Ajinkya Rahane as the possible candidates who can succeed Eoin Morgan as the KKR skipper for IPL 2022.

–Shreyas Iyer: The stylish batter was picked by the two-time winners KKR for Rs 12.25 cr in the mega auction. The 27-year-old triggered a bidding war between DC and the KKR franchise before the latter had the last laugh in the auction proceedings.

The way Kolkata bid aggressively for Iyer in the auction, it seems he is a front-runner to lead the franchise in the upcoming IPL season.

Iyer led the Delhi franchise to the final in the 2020 season. However, he was ruled out of the first phase of the IPL 2021 due to injury and was replaced by Rishabh Pant as the skipper. Reportedly, Iyer wanted to lead DC again but the franchise insisted on keeping Pant as skipper and as a result both parties decided to part ways mutually.

–Pat Cummins: KKR have another option in Australia Test skipper Pat Cummins, under whom the Aussies hammered England in this year’s Ashes series. But there is a big question mark on his availability in the opening phase of IPL 2022 considering Australia are playing a series in Pakistan till the first week of April.

Cummins undoubtedly is a match-winner in Test and ODI cricket, but he still has a lot to prove in the T20 format. So, definitely the Australia pacer will not be a sure-shot starter in every KKR match, where teams would want to play an extra-spinning option.

–Ajinkya Rahane: Rahane has led the Rajasthan team in the past and is definitely a possible candidate but his recent form in international cricket makes his case a bit weaker. The experienced batter played for Delhi in the last season of IPL but he didn’t feature in most of the matches and the same could be said about his place in KKR.

So, among three, Shreyas Iyer seems to be the front-runner to become the next KKR captain at this point of time.

The Punjab-based franchise have Shikhar Dhawan and Mayank Agarwal as the possible candidates who can succeed KL Rahul as the PBKS skipper for IPL 2022. The captaincy spot in the Punjab side was left vacant after Rahul reportedly asked the franchise to release him last year following which he was drafted by new franchise, Lucknow Super Giants.

–Shikhar Dhawan: The opening batter played for Delhi Capitals in the last few seasons and produced exceptional results along with Prithvi Shaw at the top. However, he was released by Delhi before the IPL auction and Punjab picked him for Rs 8.25 crore at the IPL 2022 mega auction held in Bengaluru last weekend.

Considering his experience and superb batting performances in the last few seasons of IPL, he is definitely a front-runner to become the next Punjab skipper. However, it will be interesting to see what the franchise and Dhawan himself think about the captaincy role.

–Mayank Agarwal: The opener was one of the two players that the team decided to retain ahead of the mega auction and most experts felt that he could lead the Punjab in IPL. However, there is no clarity as of now on his future as a captain in the Punjab team.

Agarwal is an attacking batter and if he indeed gets the opportunity to lead, it will be interesting to see his captaincy skills.