New Zealand is set to take on Bangladesh in the first T20 international match of 2017 year on 3 January at McLean Park in Napier from 19:00 local time and 11:30 IST. New Zealand vs Bangladesh 1st T20i live cricket streaming, online telecast and broadcast can be enjoyed on Sky Sport. 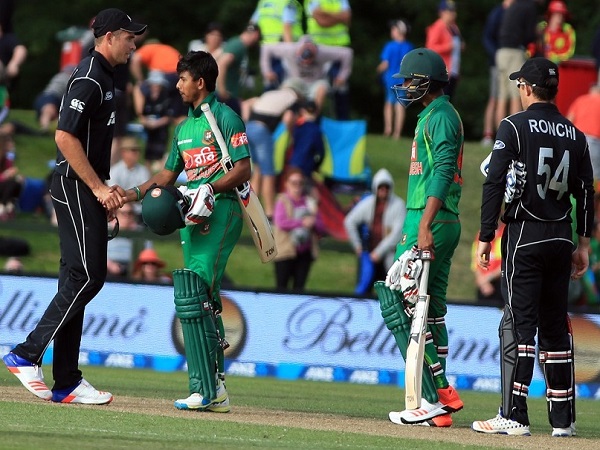 Whitewashing Bangladesh in ODI series by 3-0, hosts will look forward to keep wining momentum carry on in the twenty20 series beginning from 3 January. Kiwis were terrific with bat and bowl in the One Day series and now team has geared up for T20Is.

However Blackcaps will be missing opening batsman Martin Guptill as he got injured and will not be a part of 3-T20 match series. Tom Bruce was included in the roster at Guptill’s place. Kane Williamson side would be depending a lot on all-rounders like Colling Munro and Corey Anderson. Bowling department is fantastic as always with Boult, Henry and Sodhi.

On the other side, Bangladesh will look to turn around the fortunes in their favor for this shorter format of the game. There was quite criticism over team selection for T20s, especially on the selections of Soumya Sarkar and Shuvagata Hom. But coach Chandika has backed these decisions and said, “When Soumya scores runs we win matches. That’s why we are still banking on him.”

Hosts New Zealand cricket team looks quite strong and favorite to win against Bangladesh in the three-match t20i series. As per our predictions, Blackcaps have got 70 percent winning chances in the opening match of twenty20 series on 3rd January in Napier.

Bangladesh cricket fans can watch live telecast of the match on Channel 9.

United Kingdom based cricket viewers can tune to Sky Sports to catch the live coverage of NZ vs BAN 2017 1st T20 game. Live streaming will be available on this link.