Two years after their epic ODI world final at Lord’s, England and New Zealand will renew rivalries at another ICC event as they lock horns in the first semi-final of the 2021 Men’s T20 World Cup, here on Wednesday. 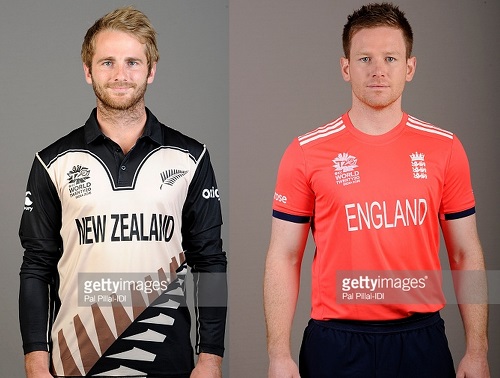 The Eoin Morgan-led England have been brilliant in all three departments of the game and the pre-tournament favourites topped Group 1. However, their defeat to South Africa in their last outing proved they were not an invincible side.

Ahead of the semi-finals, opener Jason Roy suffered a calf injury against the Proteas and England will badly miss his batting at the top. With Roy ruled out of the World Cup, James Vince has been called up to the squad as his replacement.

Morgan is expected to shuffle Jonny Bairstow up the order to open with Jos Buttler but Moeen Ali is another option to be promoted. The wicket-keeper batsman Sam Billings is likely to come into the team and bat in the middle order. Other batters including captain Morgan, Moeen Ali, and Liam Livingstone have been incredible with bat and spent valuable time in the middle going into the knockout game.

However, the absence of Tymal Mills, who was ruled out of the tournament with a thigh injury, could trouble England in the bowling department. Mark Wood, who replaced Mills, was the most expensive bowler against South Africa.

On the other hand, New Zealand registered four consecutive wins after losing to Pakistan in the opening match of their campaign.

The Black Caps’ batters haven’t been dominating but they have made an impact by controlling the innings nicely. Opener Martin Guptill, who has been their leading run-getter will be crucial at the top along with his partner Daryl Mitchellm, who is also in decent form.

Devon Conway and Kane Williamson will be the key players in the middle while James Neesham will look to finish the innings for Kiwis.

Meanwhile, New Zealand have been one of the best bowling units in the tournament. The duo of Trent Boult and Tim Southee have been outstanding with their line and lengths in powerplay and death overs. Adam Milne, who has come as Lockie Ferguson’s replacement has also made a difference with his pace.

Both the spinners, Ish Sodhi and Mitchell Santner have taken wickets in the middle overs which has not allowed the opposition to break free.

The Black Caps will also have the 2019 ODI World Cup final heartbreak in their minds when they were denied a title on the boundary countback rule. Since then, the Kiwis have won the World Test Championship title, which makes this a clash between bona fide champions.