Shane Watson has become first batsman to score twenty20 international hundred in Australia. This was Watson’s first ever T20I century and he made not out 124 runs in 71 balls with the help of 6 sixes and 10 fours at an average of 174.64. This 124* score is the second highest individual score in T20s international cricket. 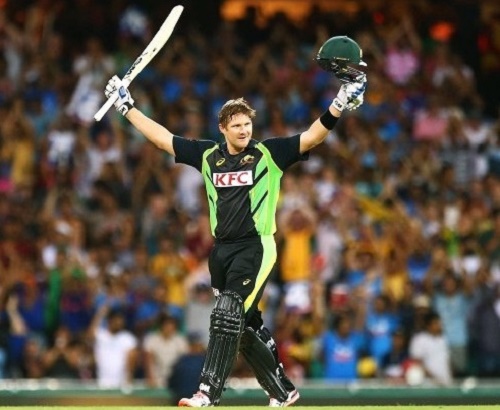 Shane Watson also became second Australian batsman to hit ton in international T20 cricket as Aaron Finch was the first Aussie to score hundred. Aaron Finch made 156 runs in 63 balls against England team in 2013 which is the highest individual score in the format.

It was crucial hundred for Shane Watson as he was leading Australian team in this match and became 9th player to lead national team in T20 internationals. Australia lost first two matches of series against India and were playing for their pride and reputation in this final game at Sydney Cricket Ground.

With his brilliant innings Shane Watson helped Australia to post 197 runs in 20 overs for the loss of 5 wickets.