South Africa skipper Temba Bavuma feels that the upcoming five-match T20I series against India will certainly be important for his team to play together for the first time since the conclusion of ICC Men’s T20 World Cup last year in the UAE. 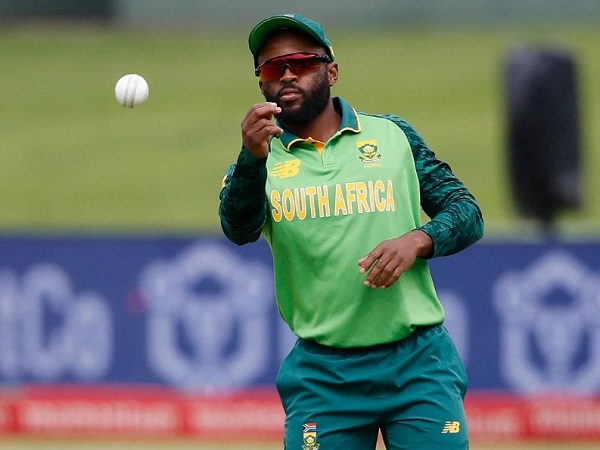 Both India and South Africa had exited the mega event in the Super 10 stage. But the Proteas had a better tournament, winning four out of five matches and narrowly missed out on semifinals due to net run rate.

The upcoming T20I series, starting from June 9 and ending on June 19, serves as resumption of preparations for both South Africa and India towards the Men’s T20 World Cup in Australia later in the year.

“These games (five matches against India) are definitely important. As a T20 squad, It’s the first time we’ll be together since the World Cup. I guess just that experience of being together, us reminding ourselves of the good things that we did, how we go about playing cricket and also seeing the new faces that are within the squad, to see how those guys can come in and add value. That’s an exciting prospect,” Bavuma was quoted as saying by The Cricket Monthly.

Bavuma pointed out that South Africa has to improve its batting order if they were to go all the way to the trophy.

“If we can get better from our previous showing, we can achieve anything. But realistically there is stuff that we need to do. If I look at our bowling attack, it can be seen as one of the best around. Probably with the batting there’s a bit more we need to add in terms of competing with the best.

“A bit more consistency at the top. The guys in the middle played quite well. Guys stepped up at different moments within games, within series. From a batting point of view, we need more at the top.”

Bavuma admitted that he hadn’t seen much of IPL 2022 but was happy to see his team-mates get a chance to play in the tournament.

“It’s nice to see some of our guys doing well. KG (Kagiso Rabada) en route to being the quickest to 100 wickets. Quicker than (Lasith) Malinga. That’s something to be proud of. And Marco Jansen — how he has gone and performed. Or Aiden (Markram).

“And even the younger guys who have showed their ability. There is a lot of talk about Dewald Brevis. He is an exciting prospect for our cricket. And Tristan Stubbs, getting a go. It’s been nice to see those guys.”

Asked about his expectation to play in IPL, Bavuma signed off by saying he would like to experience life in the extravagant T20 league.

“I’d like to play there. The stronger my performances, the more realistic the opportunity becomes. I’ve also developed this fantasy of captaining a team. I don’t know where that comes from. I’d like to get that experience as well. But I kinda need to get into a team before that happens!”