The only twenty20 match of India tour of West Indies 2017 is scheduled to take place on 9th July in Sabina Park. It’s gonna be cracking game of the series as Windies are current World T20 champions meanwhile Men in Blue are in terrific form. 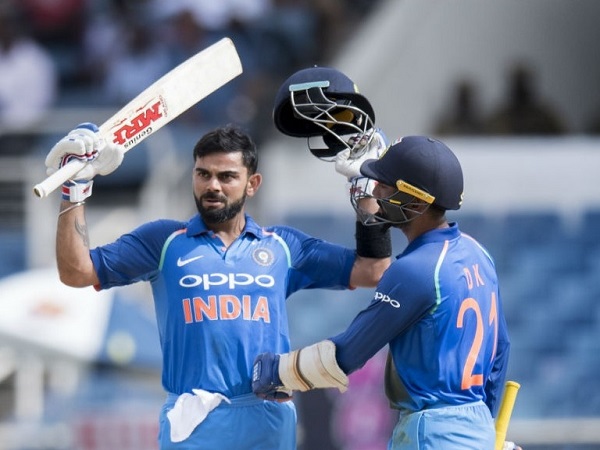 Winning ODI series by 3-1, Virat Kohli & Co. will look to dominate Caribbean side again and register victory in the only T20 match on tour. Skipper Virat smashed brilliant hundred in the last twenty20 match to lead his team to series win. Kohli scored 28th hundred in his One Day International career. He’ll look to carry on his performance in the only 20-20 match on Sunday.

It was good last game for visitors as bowlers and middle order shown character to register victory. Kohli made unbeaten 111 runs while Karthik remained not out on 52 to seal the win. However the format is going to be changed and we can expect some changes in the playing XI as well.

Windies have already made changes in the squad by bringing Gayle, Pollard and Narine in the side. These players will definitely be a part of the playing lineup against India on Sunday. It will be interesting to watch how dangerous Chris Gayle plays as he is returning to the team after 1 year. He played last international cricket in 2016 World T20.

Indian T20 cricket team looks favorite against Windies in the only twenty20 match on Sunday July 9 at Sabina Park. India has got 65 percent wining chances over West Indies.