Indian Premier League have announced the list of 351 cricketers who will go under hammer on 6th February in Vivo IPL players auction 2016. 8 marquee players have been in this list which includes names like Yuvraj Singh, Kevin Pietersen, Shane Watson, Dale Steyn, Martin Guptil, Dwayne Smith, Ishant Sharma and Aaron Finch. The players auction will take place on 6 February in Bengaluru. 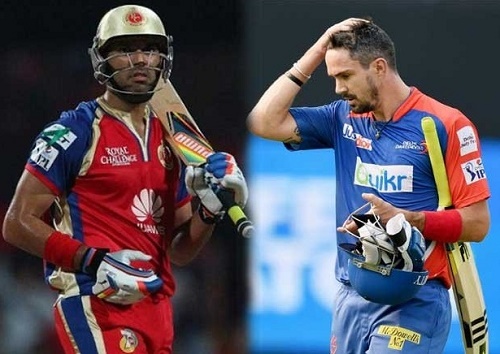 Two new franchises Rising Pune Supergiants and Rajkot Team will feature in the auction and competition for the first time in league’s history. BCCI said in a media advisory, “The VIVO IPL 2016 Player Auction will take place on February 6 in Bengaluru. There are 8 marquee players, including 2 Indians. The 2016 Player Auction will also be the first for the two new IPL teams, Rising Pune Supergiants and Team Rajkot.

“This year’s player auction will see as many as 351 cricketers go under the hammer. On the list are 230 Indian players and 121 overseas players for the franchises to choose from,” it added.

There are 230 Indian players and 121 overseas players will feature in the Vivo Indian Premier League auction 2016. These 351 cricketers list is having 219 uncapped, 130 capped and 2 associate players. A maximum of 116 players will be sold to all team franchises.

IPL Chairman Mr. Rajiv Shukla said, “The player auction will kick-start the countdown to the ninth season of one of the most popular sporting events in the world. The franchises have returned to the drawing board, reworked plans and devised new strategies, over the last few months. They will have the opportunity to bid for some of the biggest names in the game.”

The remaining purse for franchises is as follows.