Pune team is the new franchise in Vivo Indian Premier League for two upcoming seasons 2016 and 2017. India’s limited over cricket team captain MS Dhoni will be leading Rising Pune Supergiants in the 9th edition of IPL beginning from 9 April, 2016. 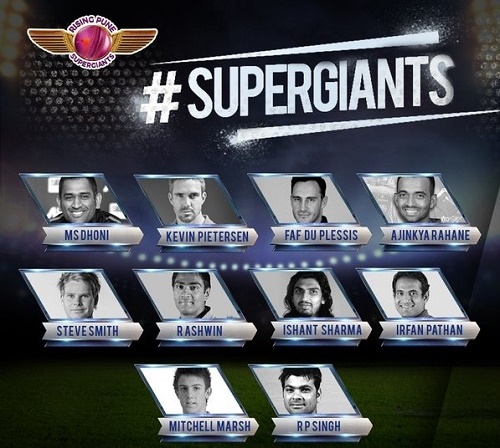 One thought on “Rising Pune Supergiants Squad for Vivo IPL 2016”