Royal Challengers Bangalore are one of the strongest teams in Indian Premier League all time but team has been failed to win the tournament till now. Indian test skipper Virat Kohli is leading the RCB team in IPLT20 and he will be playing the same role in 9th edition beginning from 9 April 2016. 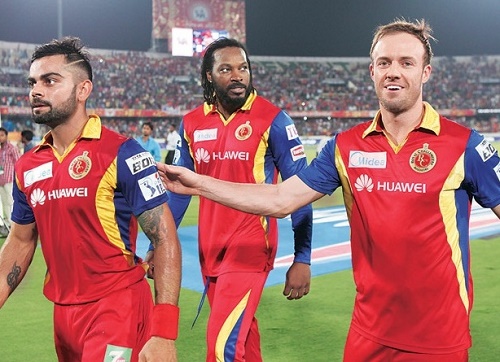 RCB franchise retained a total of 14 players for VIVO Indian Premier League 2016 from their 2015 squad before getting into the auction on 6 February. Apart from Virat Kohli, top foreign players like AB de Villiers, Chris Gayle, Mitchell Starc and Adam Milne will be seen playing again for Bangalore team.

Indian domestice cricketers like Varun Aaron, Harshal Patel, Sarfaraz Khan, Kedar Jadhav and Mandeep Singh have also been retained in Royal Challengers Bangalore squad for 2016 IPL. Let’s have a look at the complete squad of RCB for Vivo IPL.