Ahmed Shehzad set to be a part of world t20 squad

Pakistan Cricket Board is all set to include opener Ahmed Shehzad in national team 15-member squad for ICC World T20 in India. After Pakistan’s disastrous performance in the following Asia Cup, selectors have decided to make change in their world twenty20 2016 squad. 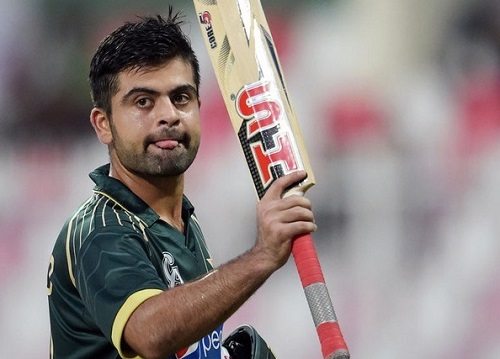 Ahmed Shehzad set to be a part of world t20 squad

Ahmed Shehzad was not originally  included in Pak’s asia cup and t20 world cup roster. Khurram Manzoor was named in the side but he was completely flopped in the Micromax Asia Cup and also team failed to reach to the final of championship. This poor form of Pakistan top order batting, enforced selectors to rethink about their decision.

The right handed opening batsman Shehzad has scored 941 international runs in twenty20s. And as per report published on tribune.com.pk, PCB officials have asked Ahmed to submit his passport to get clearance n time to travel India for 6th world t20 tournament.

“Ahmed has been asked to submit his passport for the World T20. His inclusion in the World T20 side will be made official soon.” a PCB official confirmed while talking to The Express Tribune.

Pakistan are due to play India, Australia and New Zealand in the super-10 round matches of t20 world cup 2016. Men in Green will play title defending champion Sri Lanka in the warm-up game on 14 March.