The opening match of Micromax Asia Cup 2016 is scheduled to play between hosts Bangladesh and tournament’s one of the top contenders India on 24 February at Sher-E-Bangla Cricket stadium in Mirpur. It will be a big game for home team as they defeated India last year and Men in Blue will be desperate to take revenge of that defeat from Bangladesh. 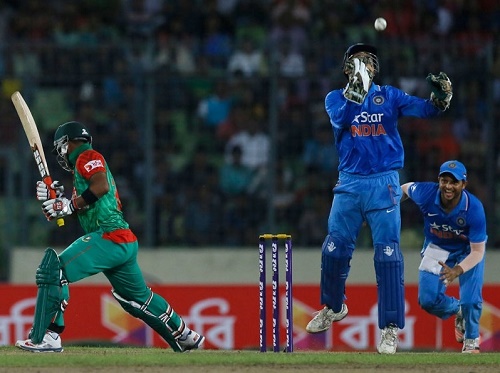 Team India is coming from the big win against Australia in twenty20 internationals as they whitewashed aussie in three match series whereas beat asia cup 2016 title defending team Sri Lanka in home series by 2-1. On the other hand Bangladesh managed to play 2-2 draw against Zimbabwe in a recent series.

Men in Blue will be highly depending on their prime batsmen Rohit Sharma, Virat Kohli, Shikhar Dhawan and Suresh Raina to score big runs in the match. Under fired Yuvraj Singh and MS Dhoni will also look to get some runs in their bag before playing big matches in the event as well as going into world t20. Rohit, Virat and Dhawan are in sensational form and will be the key players for Indian team in the match and event.

Mohammad Shami is ruled out from the competition but Bhuvneshwar Kumar’s inclusion in the side, may help team management to go with him if required. Ashish Nehra, Jasprit Bumrah, Ravichandran Ashwin, Hardik Pandya and Ravindra Jadeja will be the first 5 bowlers for Dhoni to choose. Jadeja and Ashwin will be the key spin bowling options for team on Mirpur wicket.

Indian cricket team will be favorite to win and they have got 60 percent winning chances over Bangladesh.