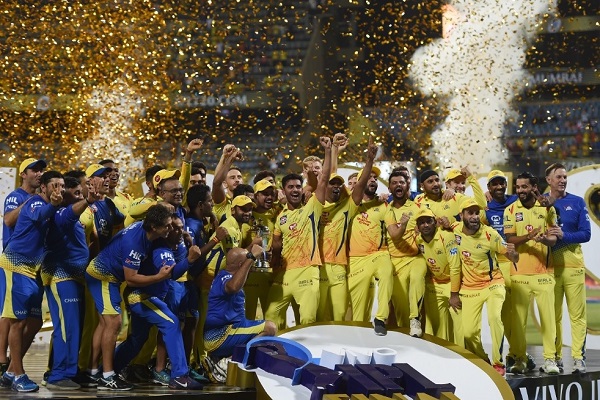 It was Yellow Jersey’s day from the beginning of the day as skipper MS Dhoni won toss and elected to field first. CSK bowlers did great job for the team in starting few overs. Later on Sunrisers Hyderabad batsmen put up a great show and scored quick runs.

Kane Williamson, Yusuf Pathan and Carlos Brathwaite helped SRH to post a good total in the final as Hyderabad put 178 runs on the scoreboard after completion of 20 overs. 179 runs target was really huge in prospect of a final and the job for CSK was tough as SRH’s bowling lineup was the toughest this season.

SRH got brilliant start in the game and they restricted Super Kings batsmen from scoring runs till five overs as CSK just managed to put 20 runs on the board in 5 overs after losing Faf Du Plessis’s big wicket. After that Shane Watson and Suresh Raina were fabulous on the final night of Vivo IPLT20 2018 and in next 10 overs, both these batsmen scored 125 runs to ease the victory for Chennai Super Kings.

Shane Watson was the super star for CSK as he smashed his second hundred of the season and made unbeaten 117 runs to lead Chennai Super Kings to the third IPL title. CSK won 2010 and 2011 Indian Premier League trophies as well. Watson was awarded player of the match for his excellent batting.