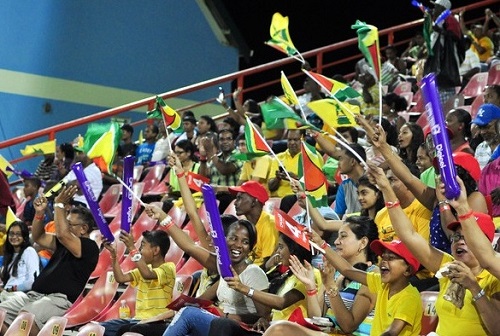 Guyana Amazon Warriors team owner Dr. Ranjisinghi “Bobby” Ramroop believes that team will do better than previous seasons and will go ahead one more step from 2013 and 2014 to claim Caribbean Premier League trophy.

He said, “We are delighted to announce our schedule of home matches for the coming season and believe that we have a strong squad that is capable of making a big impact in this year’s competition. This year we will be led on the field by Martin Guptill and we are also delighted to welcome back local favourite Roger Harper for his second spell as coach. Having come so close to lifting the title on two previous occasions, back in 2013 and 2014, we believe that we have the squad to go a step further this year.”

“We are excited about welcoming four top quality teams to Guyana and there will be huge interest in these games. So the message to our loyal and passionate supporters is clear; tickets for our matches in Providence Stadium will be keenly sought after, so book your tickets early to avoid disappointment,” he added more.