Former Australian cricketer Dean Jones has joined Pakistan Super League as the head coach of team “Islamabad United”. The commentator confirmed his association with HBL PSL franchise by publishing video on his official Facebook account and after hours he tweeted it on Twitter too. 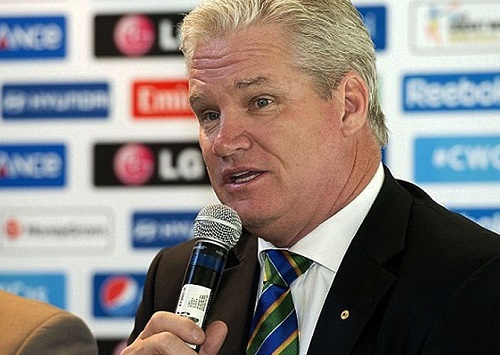 He said, “I have just signed to be the head coach for Islamabad United team which is playing in next February 2016 for the Pakistan Super League”.

In the video Dean Jones also mentioned that he will be looking to pick some fantastic players in draft on 21 and 22 December. He also urged cricket fans to support the team and get behind the Islamabad United team.

“I look for going to the draft and pick best players for our team. I hope all of your support us and get behind to the side,” he added.

Pakistan Super League has already got so much attention from former and current cricketers. Former England coach Andy Flower has become the head coach of Peshawar Zalmi which is owned by Javed Afridi who is the brother of Pakistani cricketer and national T20 team captain Shahid Afridi.

The inaugural season of PSLT20 will be played from 4 to 23 February 2016 in United Arab Emirates. Some top overseas cricketers like Chris Gayle, Shane Watson, Kumar Sangakkara, Kevin Pietersen and more are the part of Pakistan Super League players draft which will be held on 21-22 December.