England cricket board have released the list of 15-member players squad for sixth ICC World T20 championship in India starting from 8th March. Eoin Morgan will be leading the English side in twenty20 world cup 2016 which will feature 16 national cricket teams in the competition. 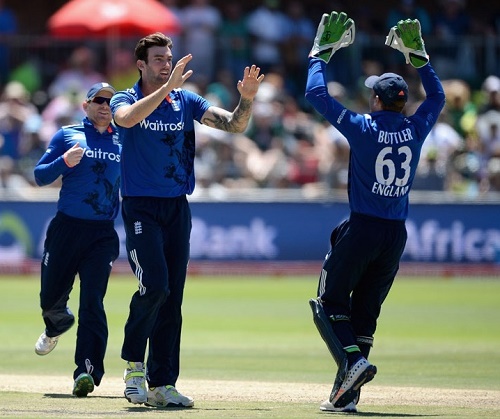 England national team selector James Whitaker said, “The limited overs cricket played in the last eight months has been incredibly exciting to watch and these players deserve the honour of representing England at a global event. We have made significant progress during recent series with plenty more to come over the next few years.”

ECB cricket director Mr. Andrew Strauss believes that addition of Paul Collingwood and Mahela Jayawardene will help the side in the crucial matches of tournament. Both players won world t20 championship for respective nations and have got ability to take England in semi-final of wt20 in India.

He said, “Mahela Jayawardene and Paul Collingwood proved very popular additions to the coaching team when they spent time with England in the UAE earlier this winter and I’m delighted that they are both able to help our T20 side. Their international experience, previous success at World T20 tournaments and, particularly in Mahela’s case, knowledge of conditions make them ideal resources to tap into and I have no doubt the players will gain a huge amount from having them around the dressing room.”

The announced England squad is having good experience players who represented national team in previous ICC World T20s. Along with Captain Eoin Morgan, Jos Buttler, Moeen Ali, Chris Jordan, Alex Hales, Steven Finn and Adil Rashid have got the experience of playing in the biggest twenty20 cricket championship. There was hype around England’s controversial batsman Kevin Pietersen that he might be considered in the side for his brilliant performances in Ram Slam and Big Bash League.

England won 2010 world cup under Paul Collingwood’s captaincy and now team is placed in the Group-1 of ICC World Twenty20 2016 in which they’ll be playing title defenders Sri Lanka, 2012 champions West Indies and South Africa cricket team. English team will play their first match of super-10 stage on 16 March when they’ll be up against Caribbean team in Mumbai.