England T20 squad for only T20I versus Sri Lanka

England to host Sri Lanka cricket team for only twenty20 international match on June 5 at Southampton. Eoin Morgan will be leading the English side. England and Wales Cricket Board (ECB) selectors have announced The Sussex left-arm pace bowler Tymal Mills in the 13-member national side. Middlesex batsman Dawid Malan is also named in English T20I side. 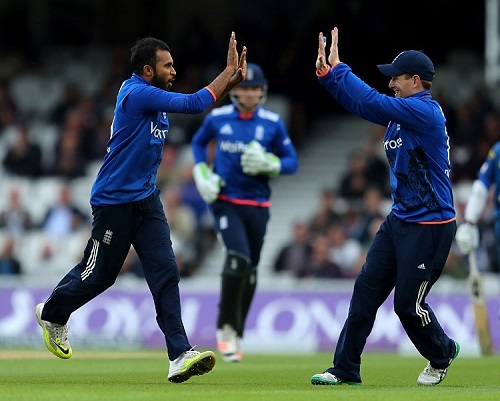 National Selector Mr. James Whitaker said, “Tymal Mills has been one of the standout performers with the ball in the NatWest T20 Blast competition this season and deserves his chance. Dawid Malan has made great strides as an attacking batsman, both with Middlesex and the England Lions. We were particularly impressed with his three fifties during the winter tour of the UAE against Pakistan A.”

It’s been a busy schedule for England cricket this year, hence selectors decided to rest some top players in the side for upcoming home series against Pakistan. Joe Root, Moeen Ali and Alex Hales have been ruled out from the side for this one and only t20 cricket match.

Tymal Mills is one of the fastest bowlers in the country and he has shown potential in some of the county and T20 blast games. He bowled Chris Gayle in a recently concluded Natwest T20 Blast match against Somerset. Mills bowled at the pace of 93MPH. He was hopeful to make a call for national side when he talked to a journalist of Espncricinfo.

He said, “In a perfect world I could make a career doing this for a long time. I’ve just got to stay fit. Everything I do is aimed at being a top T20 player. I want to play for England even if it’s just in T20 cricket.”

What do you think about this English squad? Can England beat Sri Lanka in their only twenty20 match on 5th June?