Southampton to host only T20 international match of Sri Lanka tour of England 2016 on July 5 from 6:30 PM BST. England cricket team is coming into this twenty20 match after winning test and ODI series against visitors. English side had briliant ICC World Twenty20 in India which they lost in the final. Sri Lankan team has been struggling since Sangakkara and Jayawardene’s retirement.

Host England has been playing good cricket this year and they were runner-up in world t20 2016 championship. Skipper Eoin Morgan has led the side very well and in ODIs team managed to win games with some good performances from Alex Hales, Joe Root and Moeen Ali who are rested for this 20/20 match. 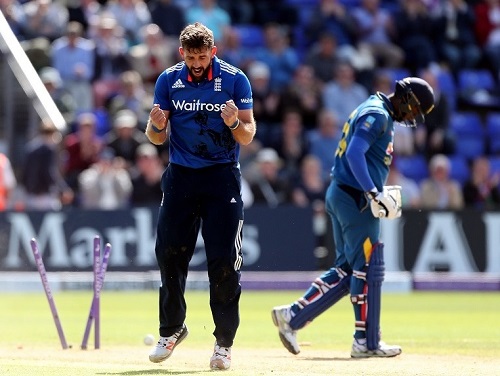 Tymal Mills has been include in this England 13-member T20 team for the match. English head coach Trevor Bayliss is eager to have fast bowler Mills in the playing 11 against Sri-Lanka. Mills took Gayle’s wicket in a recent T20 blast match when he bowled ball at 93 MPH.

Bayliss said, “I saw him at a practice in South Africa when he bowled to the boys and again the other night against Kent and it was impressive stuff. Good to see some batsmen ducking and weaving. I’d love to see him play, I won’t be the sole selector but from my point of view it would be great to see someone like that charge and give it everything.”

On the other hand, Sri Lanka has been going through worst time since legendary players retirement. SL is not getting good youngsters who can really stand up and show the world their class and take away team from tough situations. Although Dinesh Chandimal, Kusal Mendis and Angelo Mathews have been trying hard but collective performance is required to win.

Sri Lanka head coach Graham Ford said, “Hopefully quite a number of our players have grown as cricketers even though we haven’t had the results we wanted. Although we’ve come second I think there has been some progress.”

England T20 cricket team looks much better and strong than Sri Lankan side and will be favorite to win on 5th July at Southampton. As per our predictions, England has got 60 percent win chances over SL.