West Indies Cricket Board have named Evin Lewis as the replacement of Lendl Simmons in national team 15-member squad for ICC World twenty20 India 2016. Lewis uses to play for St. Kitts and Navis Patriots in Caribbean Premier League and is yet to make debut for West Indies in international cricket. 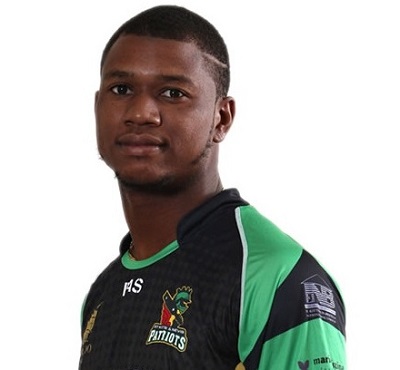 WICB chief selector Clive Lloyd said, “Evin Lewis is a young and exciting batsman who we believe will fit into the team set-up very well. He has the ability to perform at this level of the game. His selection is in keeping with our policy to give exposure to young, talented players we believe will help to carry West Indies cricket forward.”

Right hand batsman Lendl Simmons got back injury and he pulled out from the competition to go through rehab process in Trinidad. The left handed Lewis had great Nagico Super 50 season recently in which he smashed 221 runs in 6 matches. This enforced selectors to pick him for the mega twenty20 cricket event in March-April. He was happy to be a part of the side while talking to cricbuzz.

Lewis said, “It’s a great feeling and dream come true, to know that my hard work in recent months is paying off and has been recognized by selectors. I was surprised at call-up, but at the same time very happy.”