All-rounder Glenn Maxwell has been named in the Australian T20 squad for two twenty20 internationals against Sri Lanka in September. Maxwell was neglected from ODI squad for Sri Lanka tour team which was revealed last month but now he has been included in the side to compete on Sri-Lankan soil. Middle order batsman Chris Lynn also named in the 13-man Australia roster. 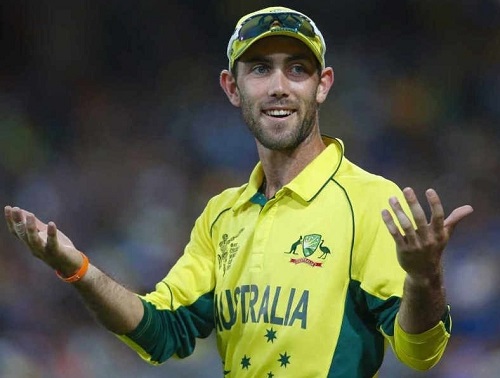 Australia Cricket Board Chairman of Selectors Mr. Rod Marsh said, “Both Chris and Glenn are dynamic players who are both capable of winning a game from their own bat and they also bring that x-factor in the field.”

There are few changes made in the twenty20 squad following world t20 exit from group stage. Usman Khawaja, Josh Hazlewood and Mitch Marsh have been dropped from the squad. Chris Lynn had brilliant Big Bash 2015-16 season in which he scored 378 runs and was named player of the tournament. But he failed to make it into t20 world cup squad. So selectors gave him chance to play well in the upcoming T20s in Sri Lanka.

David Warner to captain the side as Steve Smith ruled out from the squad due to injury.

Two-t20 Sri Lanka vs Australia match are scheduled to play on 6 and 9 September 2016.