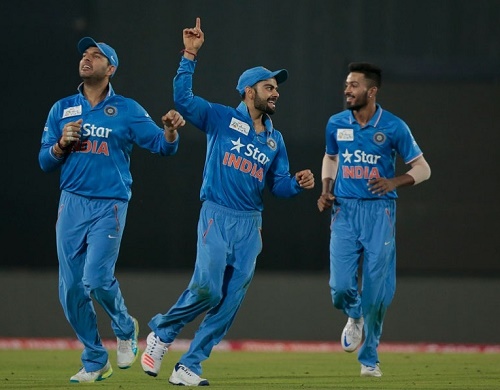 From the beginning of match, India was on the top. Captain MS Dhoni won toss and chose to field first. Pakistan got bad start and lost Mohammad Hafeez in the first over. After this Man in Green lost wickets at regular interval and in 8 overs Pak lost 6 top order batsmen while team’s score was 42. Sarfraz Ahmed was the highest run scorer for Pakistan as he made 25.

Whole Pakistan team got all out on 83 runs in 17.3 overs and it was easy target for strong Indian batting line-up. But Pakistani bowler did exceptionally well, especially Mohammad Amir who took 3 wickets in the first 3 overs of the innings to give Afridi camp a hope. Indian hopes were on the crease as Virat Kohli and Yuvraj Singh were batting and they were trying to build the innings. 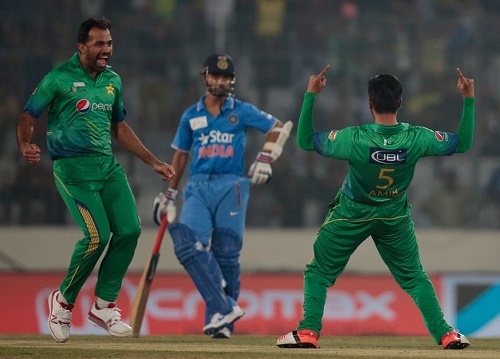 They done it in style and both players added 68 runs for the fourth wicket partnership. Virat Kohli was dismissed by Mohammad Sami in the 15th over the match when Kohli was batting on 49. Hardik Pandya was also dismissed in the same over. Ms Dhoni hit the winning boundary for India in 16th over, hence India won by 5 wickets with 27 balls remaining in the match.

Virat was awarded man of the match for 49 runs.