The final twenty20 international of New Zealand tour of India 2017 is scheduled to be played on 7th November at Thiruvananthapuram. India vs New Zealand 3rd T20I match live cricket streaming and online telecast can be watched from 7:00 PM IST onwards on hotstar in India.

The third Twenty20 match is going to be series decider as Blackcaps defeated India in the Rajkot T20 to level the series. Visitors were remarkable in the last game and out classed Indian side to keep their hopes alive in the bilateral series. 40 runs victory in the shortest format of the sport is always a big win and New Zealand captain knows about it very well. 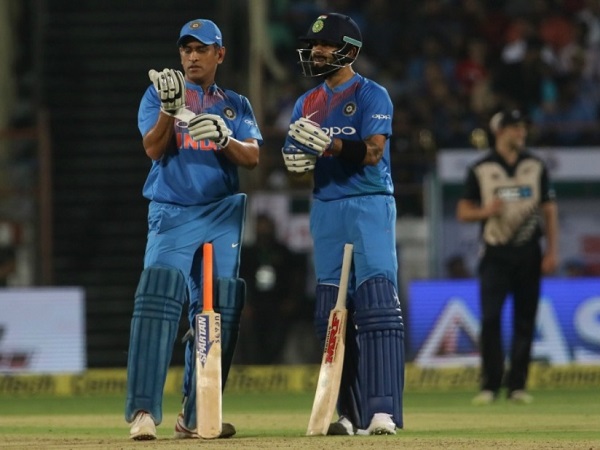 Kiwi skipper Williamson said, “it was a contrasting performance from the last game. An improved performance on all sides, we need to keep doing this to beat India here and going on to the next game, we need to repeat this.”

Colin Munro was the hero for Kiwis in the second T20 in which he smashed brilliant hundred to take his side to 196 runs in 20 overs. Once again he’ll be a key batsman at the top in NZ innings. Tom Latham, Ross Taylor and Kane Williamson have to play sensibly in the middle order to make sure Blackcaps post a good total on the board.

On the other side, Indians will highly be relying on Run machine Virat Kohli who was spectacular in the last match but couldn’t finish the match. He’ll be again a key batsman in the lineup. Shikhar and Rohit have to give a good start at the top to set momentum for upcoming batsmen.

Middle order has been the worry for Men in Blue but youngsters like Hardik Pandya fits into the role of a finisher and hitting big sixes.

Third T20 match of IND vs NZ series live coverage of the game will be shown on Star Sports Network. For English commentary, you can tune Star Sports 1/HD meanwhile for Hindi, you can move to Star Sports 3/HD. Live streaming of the match will be aired on hotstar.com.

The live cricket match score of India vs New Zealand 3rd T20 international game will be provided by BCCI.TV, espncricinfo.com and cricbuzz.com.