The live telecast and broadcast of ICC World Twenty20 championship warm-up games is not being televised on TV channels. Neither Star Sports nor Fox Sports or any other broadcasting networking is covering live practice matches. However the live streaming and telecast of India vs South Africa world t20 2016 warm-up match can be watched online on www.starsports.com. 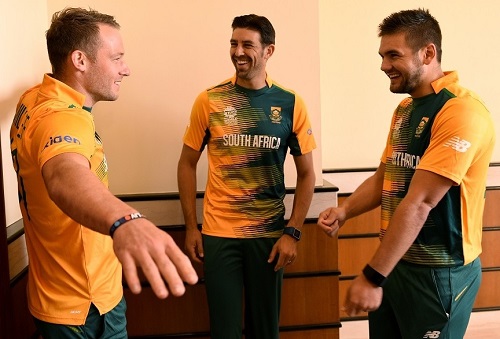 While speaking to Times of India, ICC Head of Media and Communications Mr. Sami ul-Hasan said, “We have taken a conscious decision to not telecast the warm-up matches because it takes the gloss away from the tournament matches, which began from March 8. It is something which we have learnt from the previous tournaments. Telecasting the practice ties, which aren’t `official’, undermines the importance of games in the first round of the competition, which actually are T20 Internationals.”

Previously Star Sports network stream India-West Indies practice match live on their official website and mobile application. Indian cricket team won that match by 45 runs in which opening batsman Rohit Sharma scored brillint 98 runs. In the practice matches, teams can play with all 15 members of the squad but at the playing time not more than 11 players can do fielding and bowling together.

Hence the squads for South Africa vs India world t20 practice match are given below.

Before starting of the match Proteas skipper Faf du Plessis said, “So as a captain I don’t feel worried, I feel that we have got a well balanced team. I feel that it is the probably the most balanced squad we have had, and it is not the eleven that is playing, we have got some real depth in our squad.”

The latest match updates and live score of Ind vs SA warm-up game will be provided by espncricinfo.com and cricbuzz.com.