South Africa to play their first warm-up match of T20 cricket world cup 2016 against India on 12th March in Mumbai. The live cricket match has been scheduled to begin at 19:30 local time, 14:00 GMT and 15:00 BST. Recently India is coming from winning Asia Cup whereas Proteas team lost home T20I series against Australia.

This is going to be a big practice match for both teams to look at their preparations for world t20. Both India and South Africa are strong sides and favorites to win championship. But before reaching there, they have got big hurdles to make their way for knockouts. Obviously Men in Blue are playing in the home conditions and have got perfect combination. 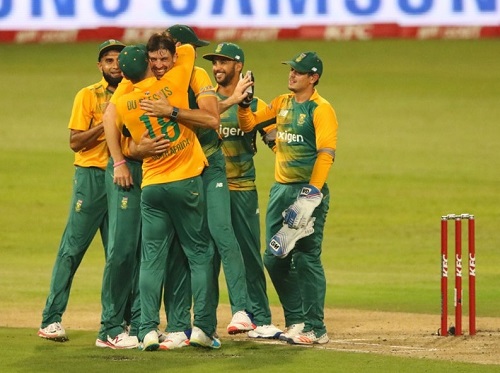 On the other hand, South African team is also having some good experience in Indian conditions as their some of the key players of the tournament like De Villiers, Miller, de Plessis, Duminy, Tahir, Steyn and more play in Indian Premier League. Hence they will surely be comfortable with the conditions. In the recent series against Aussies, Proteas fought well and batsmen scored runs at good pace. But failed to keep their nerves intact on crucial occasions and lost series.

South Africa need to really keep their motions control while playing in the competition and even in the warm-up match against India. On the other hand Indian team won their first practice match against West Indies in style by 45 runs. Men in Blue are in terrific form and can be handy for Proteas.

Rohit Sharma, Virat Kohli, Yuvraj Singh have been doing good in batting and scoring runs quite comfortably what ever the attack is. Bumrah, Nehra, Ashwin and Jadeja have been good in good form and producing wickets. So interesting to watch India vs South Africa match.

Indian team will be favorite to win in this warm-up game and they have got 55% winning chances over South Africa.