Zimbabwe and Afghanistan are set to play in all important knockout match of ICC WT20 2016 on 12 March as winner of this match will seal berth for super-10 round. The Afghanistan vs Zimbabwe match has been scheduled to play at Vidarbha Cricket Stadium in Nagpur.

This is going to be a big match in the first round of world t20 2016 championship as winner of this will go through to the second round of event and will play Sri Lanka, South Africa, West Indies and England in super-10. Especially it is going to be the great chance for Afghanistan team to play well and show the world that yes they have potential to play in big tournaments. 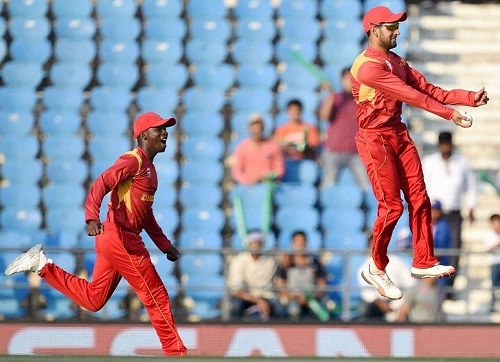 Afghanistan has been playing well in the competition and won their both matches so far. This leads them to get on the top of the table. And if due to any reason the match couldn’t be completed and ends to No Result, then Afghani team will qualify for Super-10. They have good run rate in the points table as compared to Zimbabwe.

On the other hand Zimbabwe will definitely be looking to win it and not let Afghanistan to make any upsets in the competition. Zimbabwean side hasn’t been in good form although they have won two games so far in wt20. But still they are not looking comfortable on the field. It will be a cracking game of cricket between Afghanistan and Zimbabwe.

Twenty20Wiki.com predicts Afghanistan to win this Group-B match and they have got 55 percent winning chances over Zimbabwe to make it through next stage in wt20.

You can watch live streaming and online broadcast of Zimbabwe vs Afghanistan cricket match on starsports.com.

The live score of Afghanistan vs Zimbabwe 2016 world t20 9th match will be provided by espncricinfo.com and cricbuzz.com.