Inform Indian team are set to meet 2016 Asia Cup title defending champion Sri Lanka on 1st March in Mirpur. It will be a great contest as both sides will be desperate to win this match, especially Sri-Lankan team. Both teams played 2-2 matches in the competition and India won both matches comfortably whereas Lanka lost previous match against Bangladesh. 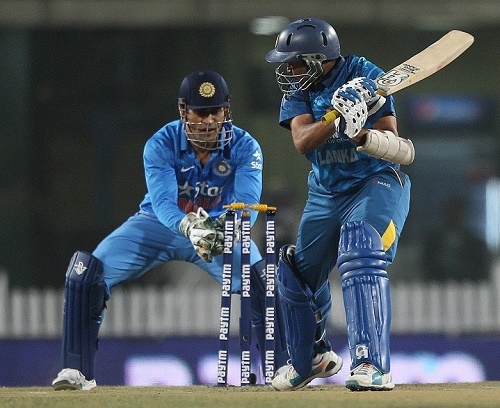 If you look at the last match performance of Sri Lankan team, you would probably said that they really missed Lasith Malinga in the bowling line up as his impact is really different and when he plays, the bowling unit looks different. Not only as a bowler Lanka missed him but also as a leader. Angelo Mathews is not an active captain on the field when some crucial decisions are required to be taken.

Lasith Malinga is quite aggressive in that prospect. Sri Lanka is literally struggling with their batting and their top order needs to score runs in this match if they want to keep their hopes alive to play in the final. Tillakaratne Dilshan, Dinesh Chandimal, Shehan Jayasuriya and middle order needs score quick runs. It will not be easy for Sri lankan team as Indian bowlers are in tremendous form and in recent series Men in Blue defeated them by 2-1.

Indian side is quite happy with the performance in the tournament so far. They won all two played matches but still they are concerned with the form of middle order. Suresh Raina, Yuvraj Singh haven’t performed well in this Asia Cup as per expectations. Obviously Virat Kohli is in tremendous form and till he is on the wicket, Sri-Lankan bowlers will not get relief.

As per reports Rohit Sharma, Shikhar Dhawan will not be available for the selection for final playing XI in this match. Rohit’s leg finger got injured in previous match while he faced first ball of Mohammad Amir. It will interesting to see if he gets out of the team for this match and who’ll make his way to the side.

Team India will be favorites to win and they have got 65 percent winning chances over Sri Lanka in this 7th match of Micromax Asia Cup.