To make preparations for ICC World Twenty20 2016 tournament, India and West Indies cricket teams scheduled to meet in a practice match on 10 March at Eden Gardens in Kolkata. Men in Blue are in terrific form and recently they won Asia Cup in Bangladesh. On the other hand West Indies have been struggling from a long time but in shorter format of the game, they can be very dangerous.

India has been playing good cricket in this 2016 year and have won all the T20I games that they played except Pune’s match against Sri Lanka which they lost. They whitewashed Australia in Twenty20 series in Australian conditions and won t20 series series against Lanka by 2-1. In recent concluded Micromax Asia Cup, Indian team was unbeaten and defeated all tournament playing teams like Sri Lanka, Pakistan and Bangladesh. 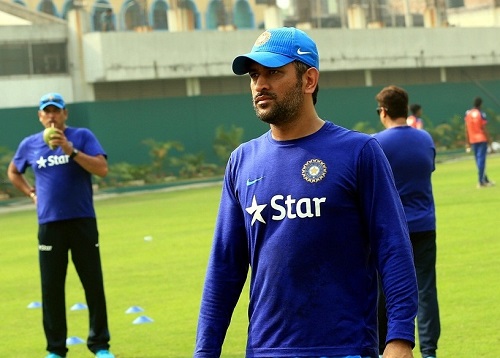 On the other hand Caribbean team has not been playing cricket for a while. They previously tour to Australia in which suffered big defeats. But in limited overs cricket, especially in Twenty20s, they have got some excellent players who are in depend all over the world for playing in T20 leagues.

Chris Gayle, Dwayne Bravo, Darren Sammy, Andre Flethcer have been playing in various t20 tournaments like IPL, CPL, BBL and Natwest T20 Blast that will surely help the side in this practice game against India and in the main matches of tournament.

Indian team skipper MS Dhoni is not looking to make changes to winning playing line up and is expected that he’ll play with the same side that has been playing since Australia tour in T20s. But he might give chance to bench sitters in this warm-up game against Windies.

Indian cricket team will be favorite to win today’s warm up match against West Indies at Eden Gardens and Men in Blue have got 60 percent winning chances.