Afghanistan and Hong Kong are set to play sixth match of ICC World Twenty20 on 10th March at Vidarbha Cricket Stadium in Nagpur. The match has been scheduled to begin at 19:30 local time, 19:00 PKT, 14:00 GMT and 15:00 BST. Afghanistan won their first match of tournament whereas Hong Kong lost against Zimbabwe.

Afghanistan had excellent game other day against Scotland as they won it by 14 runs. The fact was their top order batsmen scored runs at good pace that led them putting 170 runs on the board. Mohammad Shahzad’s 61 runs and captain Asghar Stanikzai’s 55 runs innings were the highlights for Afghani side in that match. But they will definitely be worried about their bowling as Scottish side managed to score 156 runs in 170 reply. 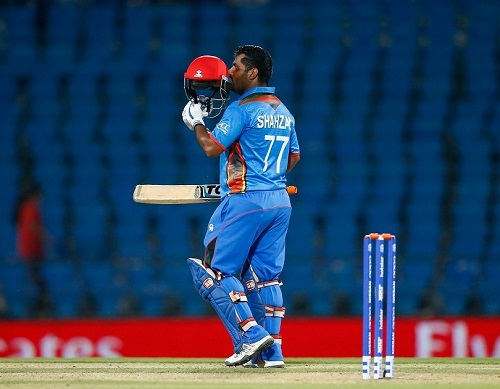 On the other hand Hong Kong team were quite impressive against Zimbabwe and had chances to win the match. But they lost momentum in between the over though opener Atkinson scored fifty. Middle order needs to fire for Hong Kong if they are looking to beat Afghanistan.

Afghanistan will be favorite to win and they have got 55 percent winning chances over Hong Kong.

Afghanistan vs Hong Kong live cricket streaming and online telecast of the Group-B match today can be watched on StarSports.com and Hotstar.com. Europe and United Kingdom based viewers can go to Sky Watch to catch the live coverage of match.

Live cricket match score and latest updates of Hong Kong vs Afghanistan match can be taken from www.cricbuzz.com and www.espncricinfo.com.