India and West Indies t20 cricket teams are set to meet in the 2nd semi-final of world twenty20 2016 on 31 March. Both teams have got strong batting line-ups as Chris Gayle and Virat Kohli lead the batting unit for respective sides. It will an interesting battle between two Royal Challengers Bangalore batsmen when semi-final match begin at 7:00 PM as per Indian Standard Timings. 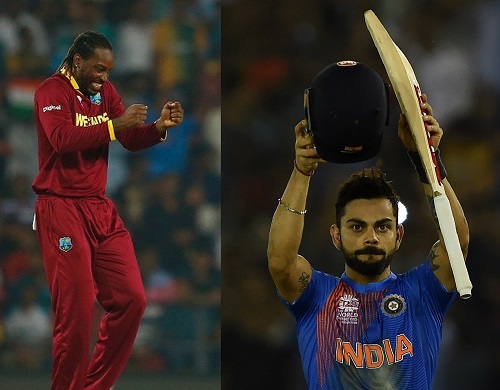 1. It will be 4th meeting between two nations in the history of championship and West Indies managed to win 2 games out of those played three.

2. This is the first occasion when India and West Indies will meet in a world t20 semi-final.

6. Chris Gayle holds the highest individual run scores between two nations in the competition. He scored 98 runs in 66 balls during 2010 world t20 tournament with the help of 5 fours and 7 sixes.

7. Dwayne Bravo is having the best bowling figures in India-West Indies WT20 contest. He took 4 wickets for 38 runs in 2009 group match played at Lord’s.