14-member Indian squad has been announced for the two T20Is against West Indies in Florida, USA. Limited overs captain MS Dhoni will remain skipper of the side and lead Men in Blue in both twenty20s. Middle order batsman Suresh Raina is dropped from the national team meanwhile KL Rahul earns a place in 14-man Indian roster. 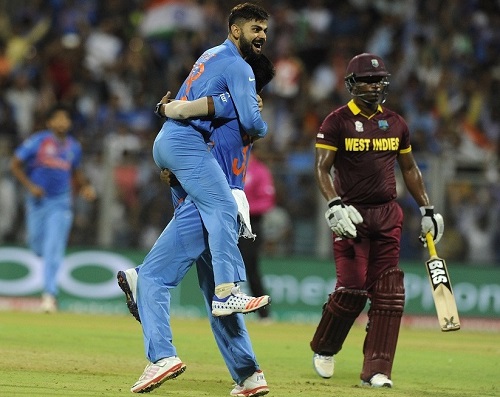 Suresh Raina is named as skipper to lead India Green in Duleep Trophy beginning from 23 August. Former BCCI Chief selector Kiran More said, “Raina can walk into the T20 team. He is a match winner; he’s a brilliant fielder and can also chip in with some spin bowling. Even if I have to close my eyes to pick a team, Raina would be a part of it.”

Men in Blue last time met West Indies in the semifinal of 2016 world twenty20 championship in which Caribbean side beat India to enter in the final and later on won tournament.