A big match for Royal Challengers Bangalore as they are taking on Rising Pune Supergiants in a do & die situation on 7th May at Chinnaswamy Stadium in Bengaluru. RCB have managed to win just 2 games played out of 7 matches while RPSG have won 3 matches in played 9. So both teams will definitely look to win Saturday’s match to keep hopes alive in Vivo IPL 2016.

MS Dhoni & Company got brilliant win in the last match to get some hopes for the competition while Virat Kohli side lost a match that they could have won easily against Kolkata Knight Riders. RCB have struggled a lot with their bowling and they must have to score 200 runs at least to give their bowlers some advantage. Virat, Stuart Binny and Watson played some wonderful shots in against KKR that helped them to put 185 odd runs on the board. 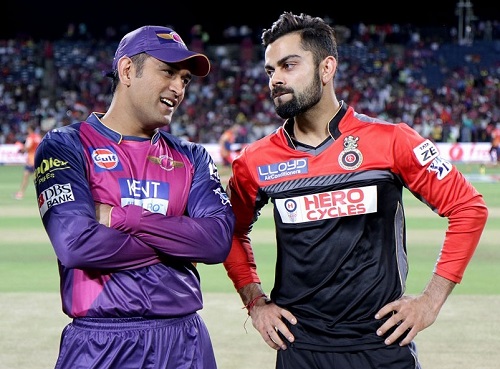 Chris Gayle is yet to fire in this year’s Indian Premier League ninth edition and this is the perfect time for him to deliver as Bangalore needs his fire power to make into qualifiers. Adam Milne is a big miss for Royal Challengers but it doesn’t matter much as Milne has not been playing regularly. AB De Villiers must stand behind the stumps in upcoming games as KL Rahul is not looking good with gloves which probably caused RCB last match against KKR where Rahul missed Andre Russell twice in a single over.

On the other hand, struggling in the tournament after opening game Pune Supergiants got much needed win against Delhi Daredevils in the last match. Ajinkya Rahane and Saurabh Tiwari played some good shoots in the innings that helped RPS to chase 163 target quite easily. Thisara Perera’s match inning can’t be forgot as he smashed 14 runs in just 5 balls.

The actual problem with Pune is their bowling just like RCB. Ashwin is not in good form whereas Thisara Perera and Rajat Bhatia are playing as all-rounders. There no specialist bowler in the side who can really win the game for RPS at this moment. Usman Khawaja and George Bailey’s presence has definitely boosted the batting line up after Pietersen and Steve Smith’s exit due to injuries.

Royal Challengers Bangalore will be favorites to win this match against Rising Pune Supergiants and they have got 55 percent winning chances over RPS in 35th game of Vivo IPL 2016.