IPL 2021: Ravindra Jadeja smacks 37 runs in last over against RCB

Ravindra Jadeja hit an Indian Premier League record equalling 37 runs in an over, including five sixes, during Chennai Super Kings top of the table clash against Royal Challengers Banglalore on Sunday. 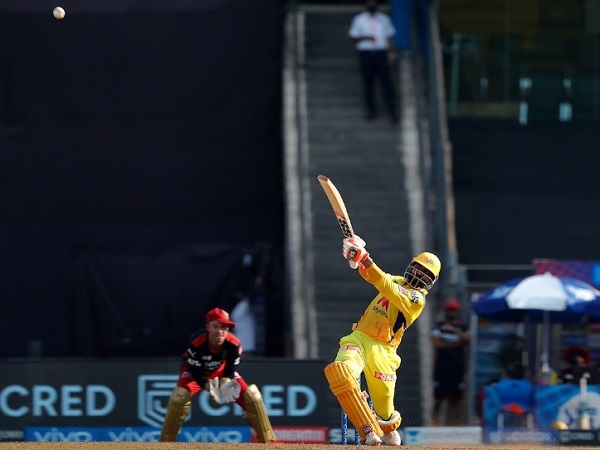 The 32-year-old all-rounder smashed the runs in the final over of the Chennai innings off Harshal Patel who had earlier been the star of Bangalore’s bowling taking three wickets.

Jadeja hit the first two balls, both off length, for sixes that already put the bowler on edge. His third ball was a no ball that Jadeja also bludgeoned over the ropes while earning a free hit. The repeat ball also went for six over deep square leg, taking Jadeja past 50.

He took two runs off the fourth ball, when he was nearly caught, hit another six off a full toss for the fifth ball and a four off the final ball of the innings which bounced close to the boundary line.

Jadeja equalled an IPL record of 37 runs in an over set by West Indies star Chris Gayle for Bangalore in 2011. New Zealand’s Scott Styris hit 38 runs in an English T20 contest in 2012.

Jadeja finished on 62 from 28 balls and, boosted by his antics, Chennai finished their 20 overs with 191 for four.