Taking over from Khaleel Ahmed and Abhishek Sharma’s clinical display with the ball, Sunrisers Hyderabad (SRH) opener Jonny Bairstow smashed a gutsy fifty to steer the David Warner-led side to a comfortable nine-wicket win over Punjab Kings in their Indian Premier League (IPL) encounter here at the MA Chidambaram Stadium on Wednesday. 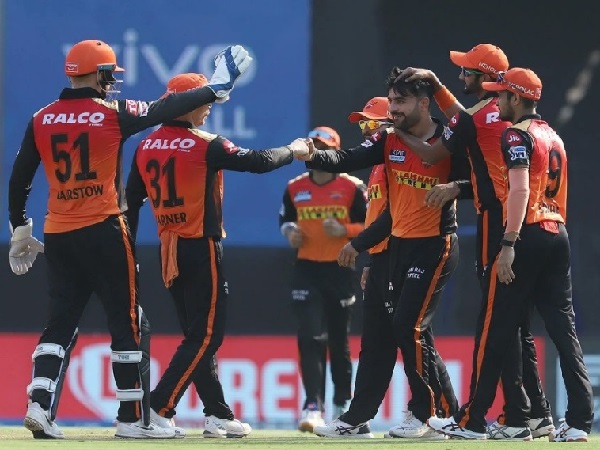 A dominating bowling effort from Khaleel and Abhishek had helped SRH restrict Punjab Kings to a paltry 120 in 19.4 overs. In response, SRH (121/1) chased down the target with eight balls to spare thanks to a fine batting performance by Bairstow that left Punjab Kings gasping for breath.

David Warner and Bairstow (63*) started off the chase in comprehensive fashion, taking SRH to 50 in style in six overs. In the next four overs, Warner slowed down a bit but Bairstow continued his onslaught and smashed timely boundaries.

While Warner did try to up the ante, Fabian Allen removed the SRH skipper in the 11th over to give Punjab Kings a glimmer of hope. But Bairstow and Kane Williamson didn’t allow Punjab Kings to capitalise as the duo stitched a 48-run partnership to take SRH over the line quite comfortably in the 19th over.

Earlier, after opting to bat first, Punjab Kings got off to bad start as they lost skipper KL Rahul in the fourth over. Chris Gayle and Mayank Agarwal then stitched a partnership but Khaleel Ahmed ended Mayank’s stay in the seventh over.

It triggered a middle-order collapse as Punjab Kings lost two more wickets in the next 10 balls. Deepak Hooda and Moises Henriques tried to revive Punjab’s innings, but without much success as Abhishek sent them back to see Punjab lose six wickets with just 82 runs on board.

Shahrukh did manage to take Punjab past the 100-run mark, but the right-handed batsman wasn’t able to convert it into the big one.

Khaleel removed Shahrukh off the first ball of the 18th over to deny the Punjab Kings any chance of finishing the innings on a high. In the final two overs, Punjab Kings picked 10 runs to give SRH a 121-run target.