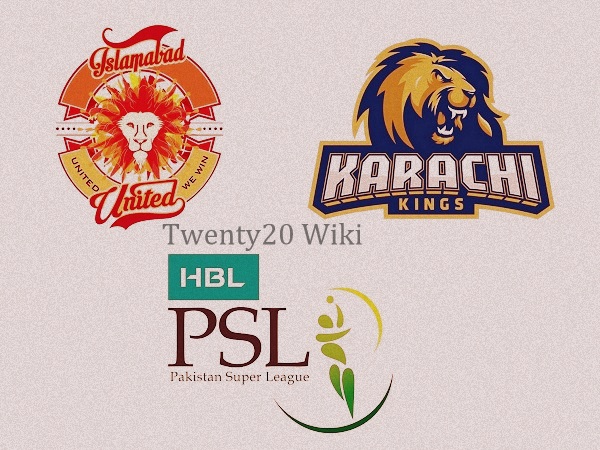 Title defending champions Islamabad United will look to get forward for the third playoff match by defeating inform Karachi Kings in the second qualifier. Misbah-ul-haq side has got mixing performance in this 2nd season of HBL PSLT20. Team managed to reach in the playoff qualifying round of the league and will look to dominate in the knockouts.

Islamabad United are depending on West Indies star Dwayne Smith who smashed 49 runs in the last group game against Karachi. Eventually both teams rely on West Indies openers as United depends on Smith meanwhile Karachi Kings rely on Chris Gayle.

Kumar Sangakkara hasn’t played a great knock for which he has been known for but he is the played of big games and Wednesday’s playoff is one of the biggest matches of the season. All eyes will be on Sangakkara along with Malik, Pollard and Bopara.

In the 2nd playoff qualifying game, Islamabad United seems to be favorite against Karachi Kings and they have got 55% win chances.

India: There is no live coverage on TV