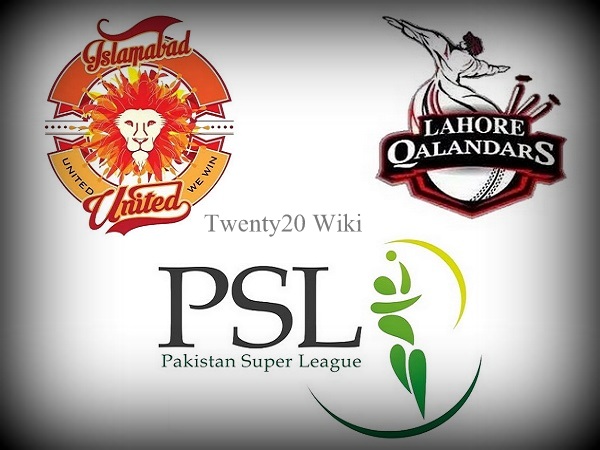 Title defending champion Islamabad United had fantastic opening match in which they claimed 7 wickets victory over Peshawar Zalmi while chasing 190 runs. However due to rain, the revised target was 173 in 18 overs which Islamabad chased successfully.

Islamabad United’s foreign players Shane Watson, Brad Haddin and Dwayne Smith were sensational with the bat in the first match. Smith and Haddin scored brilliant fifties to take team towards the target. Misbah’s team needs to work on their bowling as in the middle overs, Zalmis scored lot of runs. Saeed Ajmal, shane Watson, Amad Butt were went all over the park.

However Mohammad Sami and Mohammad Irfan were exceptional with the bowling and both players conceded less runs than the others.

Islamabad United is looking favorite to win against Lahore Qalandars in the fourth match of HBL Pakistan Super League 2017 in Dubai.

The live streaming of PSL 2017 match-4 between Lahore Qalandars and Islamabad United can be watched online on Youtube and PTV sport official site. CricketGateway.com to stream live match all over the world.

The live cricket match score of Islamabad vs Lahore PSLT20 2017 game-4 will be provided by cricbuzz.com and espncricinfo.com.