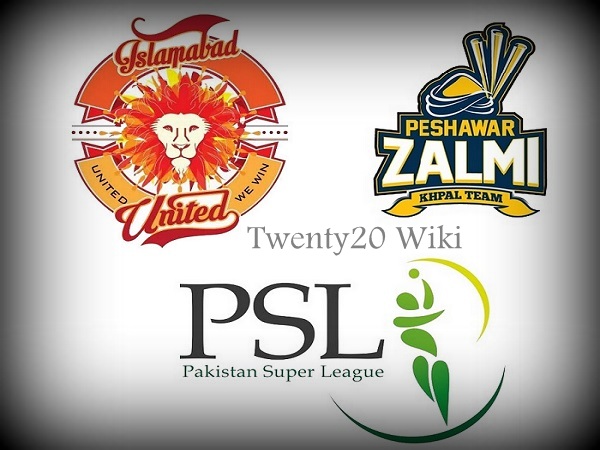 Fresh season of PSLT20 is set to begin with a big match between two super hit sides Peshawar Zalmi and Islamabad United on Thursday 9th February. Shahid Afridi is not leading Zalmis this year and he is having less responsibilities. So he can be dangerous and play aggressive cricket without any burden. It will be great if skipper Dareen Sammy can promote Afridi at the top order and maybe at the opening slot with Hafeez or Dilshan.

It is going to be an important championship for some players like Kamran Akmal, Junaid Khan, Hasan Ali, Haris Sohail, Khalid Latif, Mohammad Irfan, Asif Ali, Saeed Ajmal and Amad Butt. These players will be key in the match too as both teams will be depending on these cricketers if they want to win.

Islamabad United is also having a good side. Shane Watson, Misbah Ul Haq, Sharjeel Khan, Sam Billings, Brad Haddin are the key batsmen in the Islamabad side. It will be crucial to check out how these players perform.

Islamabad United looks decent side but Peshawar Zalmi seems to be stronger than United. Hence today’s our favorite team to win first match of PSLT20 2017 will be Zalmis and they have got 70 percent winning chances.

Pakistan based viewers can tune to PTV Sports, GEO Super and TEN Sports to watch live broadcast of 1st PSL 2017 game between Zalmi and Isb United.

The international coverage of Pakistan Super League 2017 will be provided by cricketgateway.com.

The live score of Islamabad United vs Peshawar Zalmi match-1 in PSLT20 2017 will be provided by espncricinfo.com and cricbuzz.com.