Former South Africa all-rounder Jacques Kallis has been appointed as the chief mentor of 2016 Caribbean Premier League team Trinbago Knight Riders. Kallis was named head coach of IPL team Kolkata Knight Riders this year and he will be again giving services to Shahrukh Khan on cricket ground as SRK owns both franchises KKR and TKR in two different leagues. 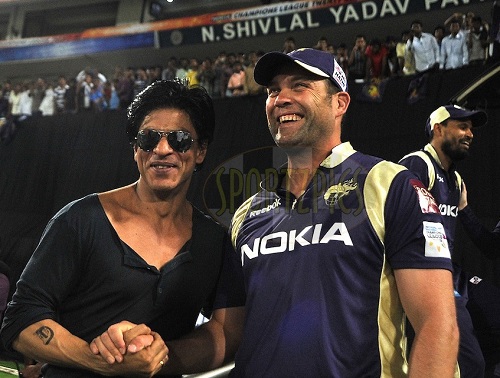 Trinbago Knight Riders head coach Simon Helmot said, “We are very glad to have the legend on-board in the TKR set-up as Chief Mentor and I look forward to working with him closely this year.”

Kallis played in IPL for Knight Riders from 2011 to 2014 and now serving as team mentor and coach. It will be a great boost for West Indies young players to have Proteas player’s experience in their dugout.

The fourth edition of CPLT20 will be played from 30 June to 2 August and this will be first ever occasion when few matches of league will be played in Florida, USA.