Following the World Test Championship (WTC) triumph over India, New Zealand skipper Kane Williamson has set his sights on the ICC T20 World Cup to be held in the UAE and Oman in October-November this year, saying he has a “pretty well balanced side” to do the job. 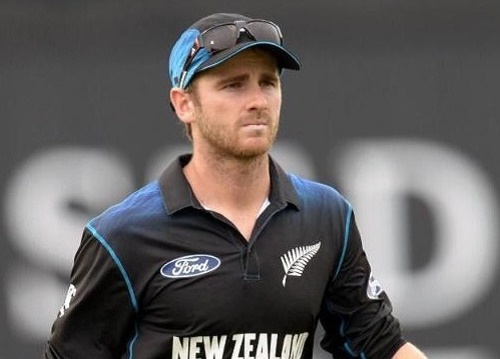 Falling at the semifinal stage at both the 2007 and 2016 tournaments, Williamson’s men are one of strongest teams on paper going into the T20 World Cup, and a spot in the final-four will be the minimum goal.

“I think we’ve got a pretty well balanced side with a good mix of exciting new talent and some experience,” said Williamson on Thursday evening.

New Zealand won the inaugural ICC WTC earlier this year but are yet to taste the same success in either white-ball World Cup. Having come close to limited-overs glory at the ICC Men’s World Cup 2019, there will be plenty of motivation in the side that has a battery of fast bowlers.

On top of the addition of Devon Conway, both Finn Allen and Glenn Phillips have emerged as batsmen ready for the world stage, while a number of young fast bowlers have put forward strong cases for their selection on the bowling side.

Alongside a strong batting order, New Zealand are strong in both the pace and spin bowling departments, with seamers Tim Southee, Trent Boult, Lockie Ferguson and Kyle Jamieson joined by spinners Ish Sodhi and Mitchell Santner.

“I know our guys are really looking forward to another world event and being able to represent New Zealand on the global stage in these challenging times,” Williamson was quoted as saying by icc-cricket.com.

The Kiwis first need to negotiate the Super 12 phase, made tricky by Pakistan, India and Afghanistan. To add to it, the top seed from Group B and second seed from Group A of the First Round will join them, and Williamson is wary of the challenge.

“It’s always a highly competitive event with every team possessing match-winners who can turn games quickly. We’ve got a strong pool with India, Pakistan and Afghanistan so far. All teams are strong which make way for an exciting competition.”

New Zealand will play Bangladesh and Pakistan in three T20Is each throughout September in preparation for their campaign and adapting to the conditions will be important for the success of Williamson’s men.

“We saw in last year’s IPL in the UAE that surfaces can change over the course of a tournament and seam bowling as well as spin can work in the conditions. Tournament play is unique and hopefully we can adapt to what’s in front of us and try and gain some momentum.”

For Williamson, there’s much anticipation for the event, beginning a year after its original scheduling. “After so much disruption to world sport due to the pandemic it feels like there’s a lot of excitement about this T20 World Cup.”

New Zealand begin their campaign on October 26 against Pakistan.